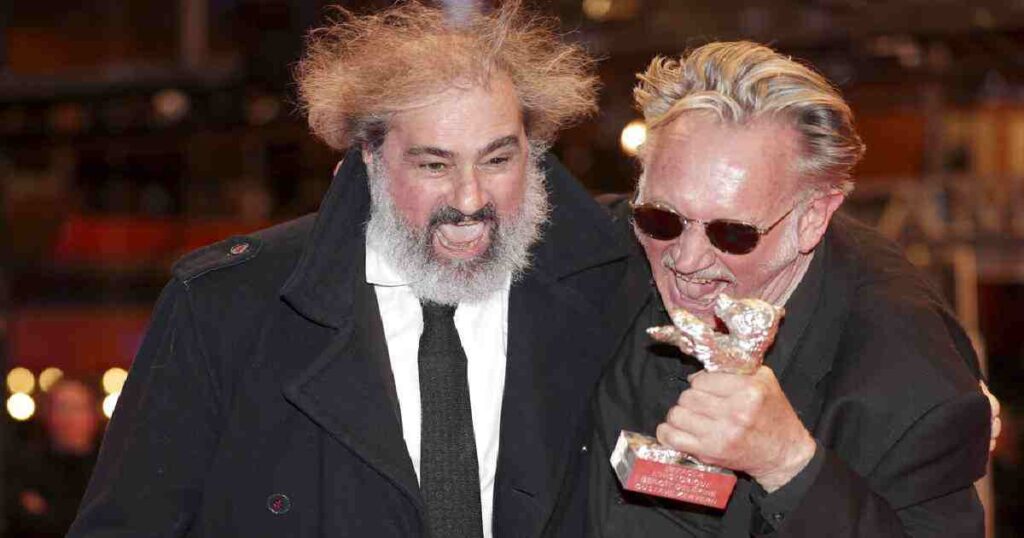 Iranian director Mohammad Rasoulof’s “There Is No Evil” won the Golden Bear prize Saturday for best picture at the Berlin Film Festival. Rasoulof wasn’t there to accept the award due to a travel ban imposed on him by Iranian authorities.

“There Is No Evil” tells four stories loosely connected to the use of the death penalty in Iran and dealing with personal freedom under tyranny.

The Berlin festival jury led by actor Jeremy Irons chose the film over 17 others competing for the prize, including Sally Potter’s “The Road Not Taken,” a remake of “Berlin Alexanderplatz,” and “Siberia,” starring Willem Dafoe and Dounia Sichov.

Organizers left an empty chair and name sign for Rasoulof at the news conference for his entry. Germany’s dpa news agency reported that Rasoulof’s daughter, Baran, accepted the Golden Bear award on his behalf.