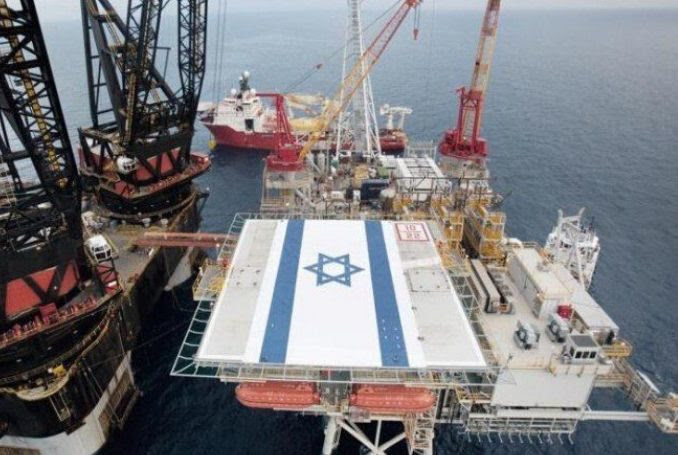 By Dr Ramzy Baroud
Massive natural gas discoveries off the eastern coast of Israel and Palestine is slated to make Tel Aviv a regional energy hub. Whether Israel will be able to translate positive indicators of the largely untapped gas reserves into actual economic and strategic wealth is yet to be seen. What is certain, however, is that the Middle East is already in the throes of a major geostrategic war, which has the potential of becoming an actual military confrontation.
Unsurprisingly, Israel is at the heart of this growing conflict.
“Last week, we started to stream gas to Egypt. We turned Israel into an energy superpower,” Israeli Prime Minister, Benjamin Netanyahu, bragged during a cabinet meeting on January 19.
Netanyahu’s self-congratulating remarks came on the heels of some exciting financial news for the embattled Prime Minister, as both Jordan and Egypt are now Tel Aviv’s clients, receiving billions of cubic meters of Israeli gas.
For Netanyahu, pumping Israeli gas to two neighbouring Arab countries constitutes more than just economic and political advantages – it is a huge personal boost. The Israeli leader is trying to convince the public to vote for him in yet another general election in March while pleading to Israel’s political elite to give him immunity so that he can stay out of prison for various corruption charges.
For years, Israel has been exploiting the discovery of massive deposits of natural gas from the Leviathan and Tamar fields – located nearly 125 km and 80 km west of Haifa respectively – to reconstruct regional alliances and to redefine its geopolitical centrality to Europe.
The Israeli strategy, however, has already created potentials for conflict in an already unstable region, expanding the power play to include Cyprus, Greece, France, Italy, and Libya, as well as Egypt, Turkey, Lebanon, and Russia.
On January 2, Netanyahu was in Athens signing a gas pipeline deal, alongside Greek Prime Minister, Kyriako Mitotakis, and Cyprus President, Nicos Anastasiades.
The EastMed pipeline is projected to travel from Israel to Cyprus, to Greece and, ultimately, to Italy, thus transporting eastern Mediterranean gas directly to the heart of Europe.
A few years ago, this scenario seemed unthinkable, as Israel has, in fact, imported much of its natural gas from neighbouring Egypt.
Israel’s Tamar field partly rectified Israel’s reliance on imported gas when it began production in 2003. Shortly after, Israel struck gas again, this time with far greater potential, in the massive Leviathan field. On December 31, 2019, Leviathan began pumping gas for the first time.
Leviathan is located in the Mediterranean Sea’s Levantine Basin, a region that is rich with hydrocarbons.
“Leviathan is estimated to hold over 21 trillion cubic feet of natural gas—enough to fill Israeli power-generation needs for the next 40 years, while still leaving an ample supply for export,” wrote Frank Musmar in the BESA Center for Strategic Studies.
Egypt’s share of Israeli gas – 85 billion cubic meters (bcm), with an estimated cost of $19.5 billion – is acquired through the private Egyptian entity Dolphinus Holdings. The Jordanian deal was signed between the country’s national electricity company NEPCO, and American firm, Noble Energy, which owns a 45% stake in the Israeli project.
Jordanians have been protesting Israel’s gas deal en-masse, as they view economic cooperation between their country and Israel as an act of normalization, especially as Tel Aviv continues to occupy and oppress Palestinians.
The echoes of the popular protests have reached the Jordanian parliament which, on January 19, unanimously voted in favour of a law to ban gas imports from Israel. Israel is diversifying beyond exerting regional economic dominance to becoming a big player on the international geopolitical stage as well. The EastMed pipeline project, estimated at €6bn, is expected to cover 10% of Europe’s overall need for natural gas. This is where things get even more interesting.
Turkey believes that the deal, which involves its own regional rivals, Cyprus and Greece, is designed specifically to marginalize it economically by excluding it from the Mediterranean’s hydrocarbon boom.
Ankara is already a massive energy hub, being the host of TurkStream, which feeds Europe, with approximately 40% of its needs of natural gas coming from Russia. This fact has provided both Moscow and Ankara not only with more than economic advantages but geostrategic leverage as well. If the EastMed pipeline becomes a reality, Turkey and Russia will stand to lose the most.
In a series of successive, and surprising moves, Turkey retaliated by signing a maritime border deal with Libya’s internationally-recognized Government of National Accord (GNA), and by committing to send military support to help Tripoli in its fight against forces loyal to General Khalifa Haftar.
“Turkey will not permit any activity that is against its own interests in the region,” Fuat Oktay, Turkey’s Vice-President, told Anadolu News Agency, adding that “any plan that disregards Turkey has absolutely no chance of success.”
Although European countries were quick to condemn Ankara, the latter has succeeded in changing the rules of the game by staking a claim to vast areas that are also claimed by Greece and Cyprus as part of their so-called exclusive economic zones (EEZ).
Not only will Turkey be drilling in Libya’s territorial waters for natural gas, but in disputed water near Cyprus as well. Ankara is accusing Cyprus of violating “the equal claim to discoveries”, an arrangement that followed the military conflict between both countries in 1974.
If the issue is not resolved, the EastMed pipeline project could potentially turn into a pipedream. What seemed like a lucrative deal, with immense geopolitical significance from an Israeli point of view, now appears to be another extension of the wider Middle Eastern conflict.
While the EU is eager to loosen Russia’s strategic control over the natural gas market, the EastMed pipeline increasingly appears unfeasible from every possible angle.
However, considering the massive deposits of natural gas that are ready to fuel struggling European markets, it is almost certain that the Mediterranean natural gas will eventually become a major source of political disputes, if not a war.
Ramzy Baroud is a journalist and the Editor of The Palestine Chronicle.
Source: countercurrents.org