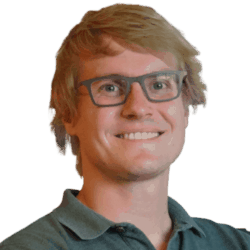 by Stan De Spiegelaere
Democracy at work has many benefits but above all, it is a matter of human dignity.
My normal bike commute to work was interrupted by red flags. No revolution (yet) but industrial action blocked access to an energy company (and my bike path). Asked about their complaints, one of the strikers said: ‘Management ignores the rules and our agreements. And, worst of all, for a month now they refuse even to talk to us to find a solution.’
While ‘not following the rules’ is costing the employee money, the fact that the management refuses even to have a discussion is an affront to the worker’s dignity. The only answer he could find was joining the strike and blockading the offices.
Many of the institutions we have in companies, such as trade unions and works councils, are there to ensure basic human rights. Employees are not machines. They are human beings and citizens, with rights and liberties. And in a democracy that means they have (or should have) the right to be heard, to be involved in decision making—be that in politics or in the workplace.
Democracy at work
Recent looked at those (European) countries and employees enjoying a high degree of ‘democracy at work’—whether through representation or direct involvement in decision making—and compared the outcomes with those where such a voice is not heard. This shows that democracy at work brings many advantages, to the employee, the society at large and companies themselves.
First of all, workers who have a strong voice at work are more likely to be democratically engaged citizens, as they show more interest and vote more. Labour isn’t only at the origin of many democratic transformations—it also sustains the system by stimulating interest in politics and letting workers experience democratic processes in their workplace or union.
But there is much more. Countries with strong democracy at work have more productive economies and higher employment rates and are more innovative. The argument that giving employees a voice will stifle the economy seems unfounded.
More importantly, countries with strong democracy at work are also more equal. And inequality has been to be an important threat to democracy.
What’s more, employees who enjoy a strong voice at work are, on average, considerably more satisfied with life than their colleagues who have a very weak voice. The example of the worker who complained about his management not talking to him perfectly illustrates how lack of voice can eat away at a worker’s dignity and therefore her/his life satisfaction.
’Shareholder value’
Companies are (currently) established with one priority: increase profits and thus the returns to the owners, the shareholders. For this, they need the co-operation of their employees and, depending on how much co-operation is required, companies will go a short or long way to address employee needs. But they remain focused on their target.
Democracy at work a minimum of accountability on the part of the management—a minimum of oversight over how (and why) certain decisions are taken—and provides a push towards equal treatment. As a result, companies will be more likely to take into account salary ratios as well as environmental, social and other concerns.
All in all, democracy at work thus stimulates companies to take a broader perspective. In the process, employees are emancipated, which is beneficial for their belief and participation in political democracy. If one can keep one’s boss accountable, one can do the same with one’s mayor or minister.
Radical change
A political agenda for more democracy at work would entail a radical change of direction in most European countries and the EU. Current policies are mostly directed at reducing employee voice and trade-union power, rather than promoting and strengthening it, in Europe and in the US. The reason is that, just as with politics, instilling accountability, oversight and involvement means reducing the absolute power of the shareholder and the boss over companies. And, just as in politics, sharing power is never easy.
We need to enforce and strengthen existing structures of information and consultation in companies, we need to stimulate trade-union and we need to find effective avenues for democracy at work in large multinationals as well as in small companies. In all of these, we need to strengthen the power of ordinary workers to keep the company owners accountable for their actions, to increase democratic oversight of them and, in the end, to reduce the absolute freedom they currently enjoy.
In doing so, we just might all become a little more satisfied with our lives, as management will at least have the guts to talk to workers about their concerns. For democracy at work, when it comes to it, is indeed a matter of human dignity. – Social Europe
(Stan De Spiegelaere is a researcher at the European Trade Union Institute (ETUI).