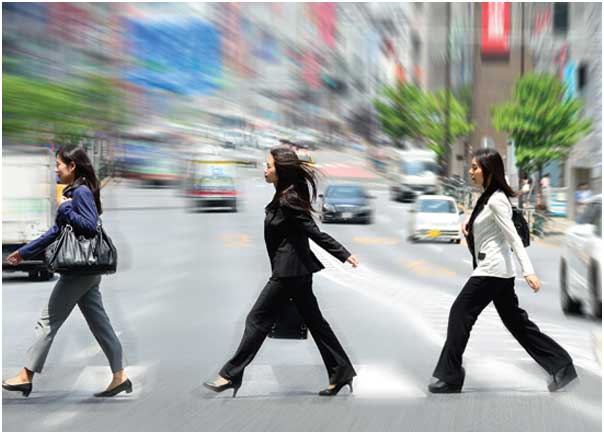 CHICAGO, Illinois, Mar 27 2019 (IPS) – Japan is not making progress in gender equality, at least relative to the rest of the world. Despite the Japanese government’s attempts in recent years to pass legislation promoting the economic activity of women, Japan ranked a miserable 110 out of 149 in the World Economic Forum’s 2018 Gender Gap Index, which benchmarks countries on their progress toward gender parity across four major areas.

Among the primary reasons for Japan’s low ranking is its large gender wage gap. At 24.5 percent in 2018, the gender wage gap is the second largest among Organisation for Economic Co-operation and Development (OECD) nations, surpassed only by South Korea.

Why is this gap so large in Japan? A major cause is the large number of women who are “non-regular” workers. “Regular” workers in Japan are employed on indefinite terms without specific job obligations and are strongly protected from firings and layoffs, while non-regular workers—including many fulltime employees—have fixed-term contracts with specific job obligations.

As is true elsewhere, Japan’s non-regular employees have nearly uniformly low wages, irrespective of age and gender. For regular employees, on the other hand, wages increase with age until the employee reaches approximately 50 years old.

This is because in a large majority of Japanese firms, regular employees receive wage premiums based on years of service. The gender disparity in the proportion of non-regular employees is perpetuated by the employers’ perception that new graduates are more desirable candidates for regular employment.

A major cause of gender wage disparity among regular employees in Japan is the dearth of female managers. According to the 2016 Basic Survey on Equality of Employment Opportunity by the Ministry of Health, Labour, and Welfare, women hold 6.4 percent of the positions of department director or equivalent; 8.9 percent of section head or equivalent; and 14.7 percent of task-unit supervisor or equivalent.

This same survey also asked employers with very few female managers for the possible causes of the paucity of women in the higher ranks. The two major reasons identified among many prespecified possible reasons were “at the moment, there are no women who have the necessary knowledge, experience, or judgment capability” and “women retire before attaining managerial positions due to their short years of service.” Such perceptions held by employers are misguided, as my own research (Yamaguchi 2016) reveals a very different picture.

I conducted an analysis of firms with 100 or more employees and found that only 21 percent of the gender disparity among regular workers in middle management (section heads) and above could be explained by gender differences in education and employment experience.

The rest of the disparity arose from gender differences in the rate of promotion to managerial positions among employees with the same levels of education and experience. The limited employment duration of women was not a major factor.

My analysis further showed that being male increased the odds of becoming a manager more than tenfold, whereas being a college graduate made it only 1.65 times more likely. (The study controlled for other determinants for becoming a manager.)

Although “post-modernism” has been discussed in Japan, contemporary Japanese society maintains characteristics that cannot even be considered “modern.” Gender at birth is what determines whether a person becomes a manager in Japan, not individual achievement such as earning a college degree.

Gender-segregated career tracks are largely to blame for the country’s gender inequality in the rate of promotion to managerial positions. In Japan, there is a managerial career track (sogo shoku) and a dead-end clerical track (ippan shoku).

This track system is strongly associated with gender. Many women do not pursuesogo shoku jobs despite their greater opportunity for career development because they require regular overtime hours.

Indeed, among women, the major correlate of becoming a manager is the presence of long work hours, indicating that women who do not work long overtime hours are deprived of opportunities to become managers.

However, extended work hours for women are incompatible with Japanese family roles after marriage due to the strong persistence of traditional division of labor in which the burden of childcare and household tasks is chiefly borne by women.

As a result, Japanese firms’ insistence on long work hours is an inherent source of gender inequality, especially for the attainment of managerial positions.

Another major cause of the gender wage gap is the high degree of gender segregation in professions. In OECD countries, women tend to be overrepresented in the human services professions, such as education, health care, and social work. In Japan, two additional characteristics exist.

First, even among human service professions, women are underrepresented in the high-status professions—for example, the proportion of women among physicians and college educators in Japan is the lowest among OECD nations.

My latest research takes a close look at the gender wage gap among professionals, focusing on the Japanese and US labor markets.

My research also shows that the smaller proportion of women in management and Type-I professions cannot be explained by gender differences in educational background, including college majors (Yamaguchi, forthcoming).

Japan and Turkey are the only two countries in the OECD where college graduation rates of women are still lower than those of men, and therefore, we may expect that gender equalization would reduce gender inequality in the attainment of high-status occupations.

My analysis reveals, however, that if current gender-specific matching of education and occupation continues as the college graduation rate of women increases, it will be reflected mostly by the increase of women in already female-overrepresented Type-II professions.

The increase of women in female-underrepresented managerial and Type-I professions, on the other hand, will be minimal. Hence, on average, achieving gender equality in educational attainment will not greatly reduce the gender wage gap.

The fact that educational background does not explain gender segregation among professions in Japan suggests that the segregation is a reflection of Japanese hiring practices. As a result of practices rooted in gender stereotypes, women lack the opportunity to go into professions other than those deemed suitable for women.

The main careers open to Japanese women are extensions of women’s traditional family roles, such as children’s education, nursing, and other supportive roles in health care.

Employers in Japan ought to acknowledge that the workplace is not an extension of gender divisions at home, but rather a place for individuals to fulfill their potential and contribute to society. But such an acknowledgment, for the most part, remains to be seen.

Although the government aims to pay equal wages for equal jobs—especially for regular and irregular workers with the same job—I believe that providing equal occupational opportunity, especially for managerial and high-status professional positions, is more critical for the reduction of the gender wage gap in Japan.

Moreover, since the lack of opportunity for women persists not only because of hiring practices but also because of the long work hours required, the government should aim to create the conditions for better work-life balance. It could do so by changing the work culture that relies on long work hours and by promoting flexible workplaces. It could also encourage a change in the attitude that assumes child-care and home-care responsibilities are only for women.

*The article was first published in Finance & Development, the IMF’s quarterly print magazine and online editorial platform, which publishes cutting-edge analysis and insight on the latest trends and research in international finance, economics, and development.