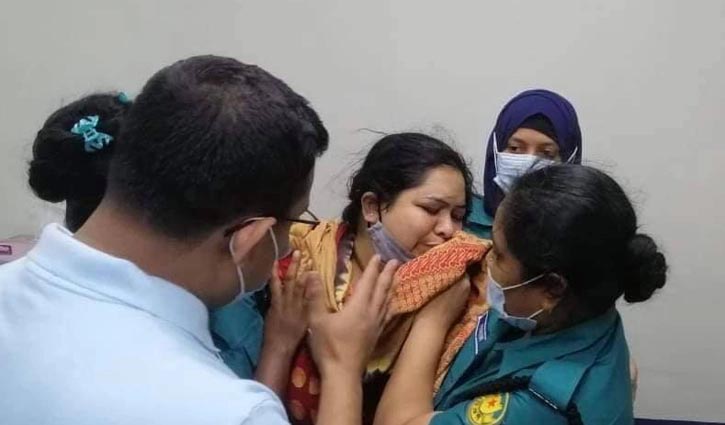 Dhaka, May 18: The members of Bangladesh Secretariat Reporters Forum (BSRF) on Tuesday boycotted a press briefing of the Health Ministry protesting the harassment and arrest of Prothom Alo senior reporter Rozina Islam.The Health Ministry was scheduled to arrange a press briefing around 11 am at the secretariat.
BSRF came up with the announcement on Tuesday morning.
The next progammes will be announced after an emergency meeting over the issue, it said in a press release signed by Shamim Ahmed, general secretary of BSRF.
Earlier in the morning, police produced in a court Prothom Alo senior reporter Rozina Islam, who was held in a case under the Official Secrets Act, and sought her custody for five days.
Deputy Commissioner of Dhaka Metropolitan Police (Ramna Division) Sazzadur Rahman said that Rozina was produced before Metropolitan Magistrate Mohammad Jashim around 8 am. He said that the police have sought her remand for custodial interrogation.
Rozina was arrested for allegedly attempting to illegally “collect sensitive government documents and taking photos of them” from the Secretariat on Monday.
The Prothom Alo journalist has rejected all the allegations. “I was, in fact, harassed at the Secretariat,” she claimed immediately after her arrest.
An FIR was filed against Rozina under the Official Secrets Act and sections 379 and 411 of The Penal Code on a complaint filed by the Health Services Division at Shahbagh police station, said Harun ur Rashid, additional deputy commissioner (Ramna Division) of Dhaka Metropolitan Police.
Rozina was handed over to police around 9.45pm on Monday after being held at the Secretariat for over five hours.
Maidul Islam Pradhan, senior information officer at the Health Ministry, claimed that she had entered the room of the Private Secretary to the Secretary of Health Services Division between 3pm and 3.30pm “without permission”.
“She took photos of sensitive documents. Some of those were recovered from her by the staff of the Health Ministry, including the PS, Additional Secretary of the Ministry and police constable Mizanur Rahman,” he claimed.
Health Secretary Lokman Hossain has refused to comment on the matter, reports UNB.