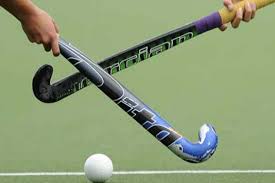 Kishoreganj district team took the lead through a field goal of Reshma Akhter just two minutes after the outset of the match at Maulana Bhasani Stadium.

Kishoreganj was always ahead in ball possession even though there were an enormous attack and counter attack.

Dinajpur could not score from three and Kishoreganj from six PCs. No team however could score any goal, which enabled Kishoreganj to leave the field with a 1-0 victory at the end.

Dinajpur captain Arpita Pal expressed frustration, saying, “It would have been nice to get a medal, which could enhance district’s honour. Everyone has worked hard. We want to do better in the future.”

Kishoreganj coach Ripple said she was happy to win the bronze, “We had come with the hope of winning gold. But it’s okay to get bronze. The more medals or trophies are won, the more girls will be involved in this game from the districts. Games medals mean something special to the players.”- bss