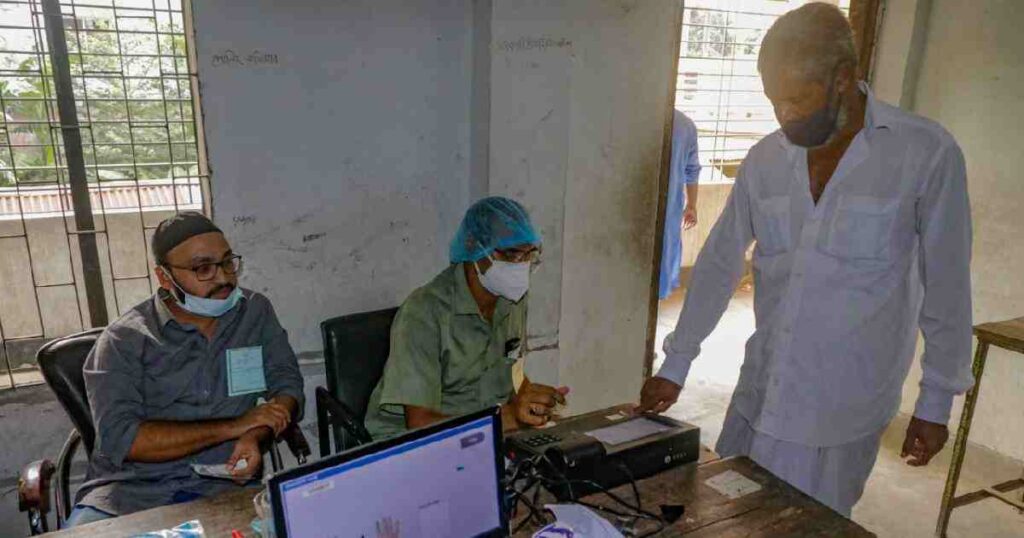 Chief Election Commissioner KM Nurul Huda on Saturday explained the reasons behind the low turnout of voters in the by-elections to Dhaka-5 and Naogaon-6 constituencies saying that there was no chance for the change in the government with the by-elections.

“According to my perception, there are many reasons behind the low turnout of voters. There was no chance for the change in the government with those who would be elected through the polls,” he said, replying to a question while talking to reporters at the Nirbachan Bhaban in the city

The CEC further said the candidates and the voters may not be as interested (to elections) as MPs would be elected for a partial tenure – only two or two and half years. The voters might be less interested to vote in such by-elections held in particular areas unlike the countrywide general election, he added.

Besides, he said the people were scared to go to the voting booths amid Covid-19 panic. “There is also a matter of Corona and the people are scared. The people don’t want to go to such congested places,” he went on.

The CEC, however, said the by-polls to the two parliamentary constituencies were held peacefully. No problem was created anywhere in Naogaon, nor in Dhaka. “We’ve received no allegations (over irregularities),” he said.

In reply to a question over the use of Electronic Voting Machines (EVMs), the CEC said the commission feels comfortable to use EVMs instead of ballot papers and there is no reluctance among the voters over the EVMs now.

He said the Commission has not received any information that violence took place anywhere except news of a chase and counter-chase outside a polling station.

Earlier, the balloting was held with the use of EVMs on Saturday in the by-elections to Dhaka-5 and Naogaon-6. Two major political parties –Bangladesh Awami League and BNP participated in the by-polls.

The Dhaka-5 fell vacant following the death of Awami League MP Habibur Rahman Mollah on May 6 while that of Nagaon-6 following the demise of AL MP Israfil Alam on July 27.

On September 3, the Election Commission announced the by-election schedules for the two parliamentary constituencies.