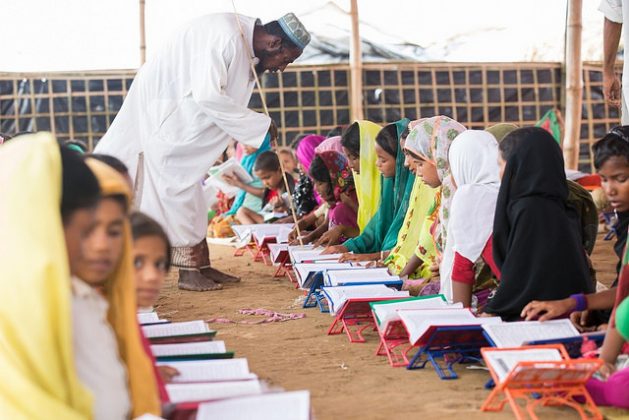 Dhaka, Sept 18 – A 13-year-old madrasa girl from Mirpur area in the capital has been missing for 17 days.
The girl Nazmun Nahar, student of Forkania Talimia Mohila Madrasa at Pallabi’s Bauniabad area has been missing from her madrasa since August 31.Her Father Sharif Ullah yesterday told these to the reporters at a press briefing at Crime Reporters Multipurpose Co-operative Society.
He said that he brought his daughter home on Aug 8 during the holiday and took her back to the madrasa on Aug 27.
“On Aug 31, the madrasa authorities called me and told me my daughter has been missing since morning. I rushed there and asked the security guard about her who told me the same thing. I then called the madrasa teachers who started giving me different information,” he said.
“They first said that she hadn’t returned since seeing me off at the gates. They then told me that she fainted at the staircase. Either ways I’m not getting any specific information from them,” he added.
He said that he filed a case with Pallabi police station on Sept 1 but the police haven’t been able to make any headway. “I received calls from a few numbers from people claiming to be the police demanding money. I want the prime minister’s assistance in rescuing my daughter.”
The madrasa teacher Masud Akbar told the media that the CCTV monitoring takes place from the principal’s room.
“The cleaners switched off the CCTV camera when they went to clean the room, hence nothing was caught there,” he said.
“One of the teachers saw her leaving through the gates. She had said that she is going to meet her father and has been missing since,” he added.
“It was the madrasa authorities’ responsibility to ensure the safety of the child,” said Pallabi police OC Nazrul Islam.
He added that they were working to rescue her but there hasn’t been any significant update yet. – Staff Reporter