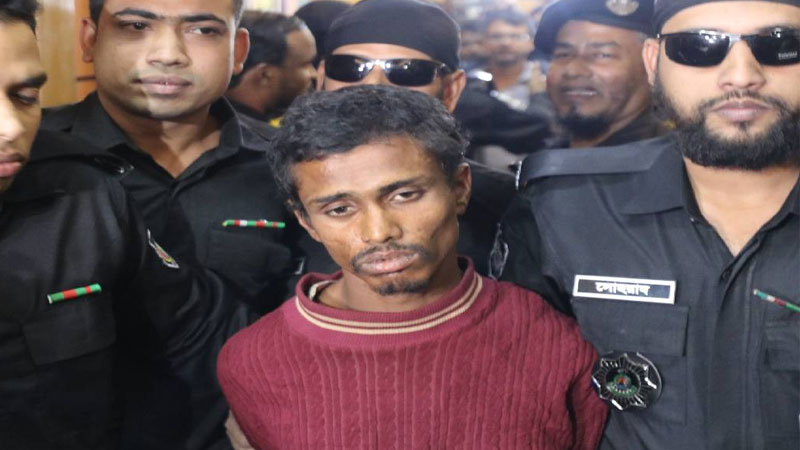 The man who raped a Dhaka University (DU) student in Kurmitola was a serial rapist and a mugger, the Rapid Action Battalion (RAB) said.“Mojnu (the arrestee) choked the victim (DU student) and dragged her to a nearby bush. He hit the girl and threatened to kill her,” a Rab officer told the media on Wednesday afternoon.
He has admitted to being a serial rapist and a drug addict, Rab said. “Mojnu, hailing from Hatia, used to rape physically challenged women and beggars,” the Rab officer said.
Mojnu was arrested from Dhaka on Tuesday night.
The mobile phone of the victim and some other items belonging to her were also recovered.
The second-year DU student was raped in the city’s Kurmitola area on Sunday night.
She is now undergoing treatment at the One-Stop Crisis Centre (OSCC) of Dhaka Medical College Hospital (DMCH).
After the incident, DU students blocked Shahbagh intersection for two hours on Monday and gave the authorities a 24-hour ultimatum for arresting those involved in the rape. They continued protests on Tuesday, too.
On Monday, the rape victim informed police that the perpetrator was alone.
Meanwhile, the victim’s father filed a case with the Cantonment Police Station, reports UNB.