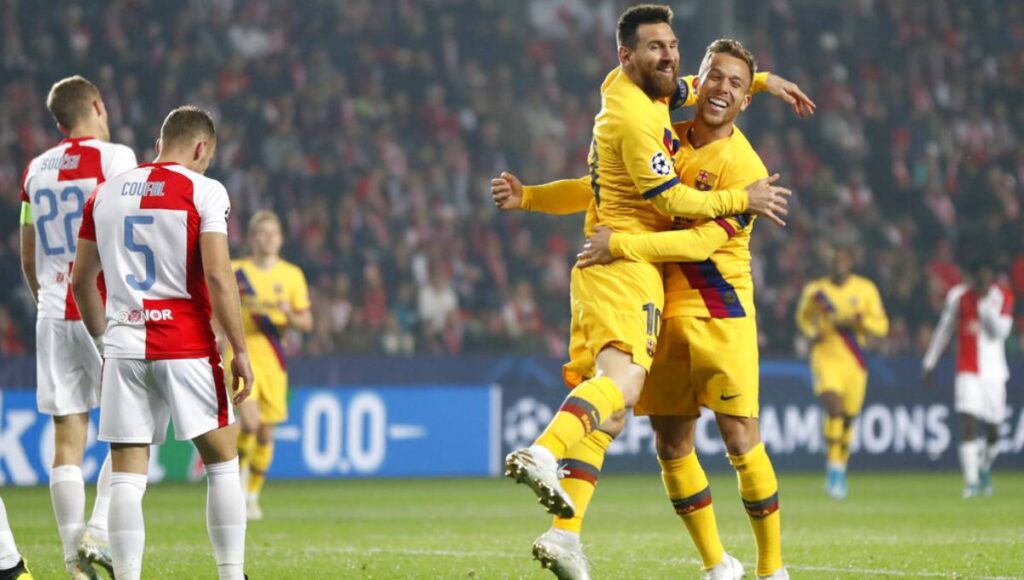 Prague, Oct 24 (AP/UNB) — Lionel Messi scored early and set up the winning goal as Barcelona beat Slavia Prague 2-1 for its second straight win in Group F of the Champions League on Wednesday.

Messi floated a free kick in the 57th to Luis Suárez at the far post and the Uruguayan’s shot was deflected in by Slavia forward Peter Olayinka for Barcelona’s winner.

Earlier, Messi finished off a fast move he had started in the third minute.

As Barcelona pressed from the start, Messi capitalized on a sloppy pass by Petr Sevcik to send the ball to midfielder Arthur. Messi ran forward to meet the feed and net the opener with a left-footed low shot from about 10 meters.

It was the first goal for the Argentine in this Champions League campaign, taking his overall tally in Europe’s top club competition to 113.

Slavia was gradually shaking off the shock from the early goal. Jaroslav Zeleny forced Marc-Andre ter Stegen to produce a save with his leg, and Barcelona’s goalkeeper made another one-handed save to deny Olayinka.

Jan Boril’s equalizer from inside the area five minutes into the second looked well deserved for Slavia and the hosts attacked toward the end to try and salvage a point.

“By the end, they took so many risks, it was like defending against an avalanche of attacks,” Barcelona manager Ernesto Valverde said. “Games like this we have to learn how to manage better. We had better, clearer chances but we lacked the cold-blooded calmness in their half which could have sealed the result.”

Valverde again used his formidable striking trio of Messi teaming up with Antoine Griezmann and Suárez. But unlike a 3-0 rout of Eibar in the Spanish league on Saturday when all the big three scored, Messi was by far the most dangerous one and wasted several other chances.

After an erratic start to the season it was Barcelona’s sixth consecutive victory across all competitions to lead both the Spanish league and its Champions League group.

In its previous group stage games, Barcelona was held to a 0-0 draw away at Dortmund and beat Inter 2-1 at Camp Nou.

Inter and Borussia Dortmund trail Barcelona by three points in a group where three heavyweights are vying for two spots in the knockout stage.

Inter beat Dortmund 2-0 in the other group game on Wednesday.

Slavia is bottom with a point.

“That’s the group we’re in,” Slavia coach Jaroslav Trpisovsky said. “We can see here the biggest stars. It’s a great experience for us all.”

Next, Barcelona hosts Slavia on Nov 5. 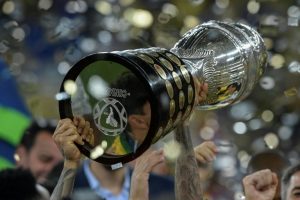