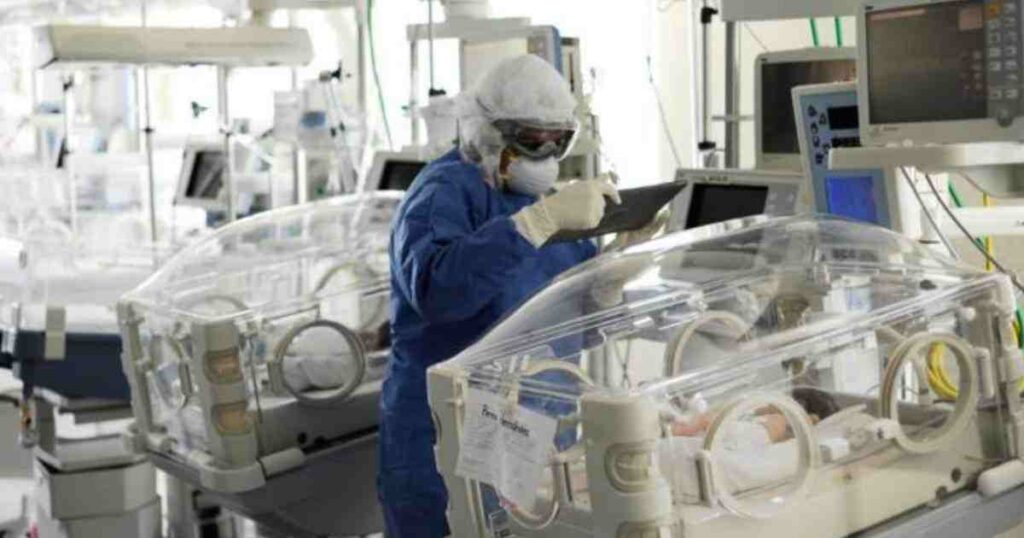 Mexico has reportedly confirmed the first ever case of coronavirus infection among newborns, creating fresh concern over the nature of the deadly virus. The newborn triplets there tested positive for coronavirus in an “unprecedented” case. The health experts are yet to ascertain whether the disease was passed on through the mother’s placenta during pregnancy. They’re working on it.
Two of the babies, one boy and one girl, are in a stable condition in a hospital in San Luis Potosí State. But the second boy is receiving treatment for a respiratory condition.
A spokesperson for the state’s Health Safety Committee of the country said contagion in multiple births had not been detected anywhere globally and so the case would be investigated.
A very small number of newborn babies have been known to pick up the virus after birth, but health officials say they do not believe this is what happened in this case.
State Health Secretary Mónica Liliana Rangel Martínez said: “It would be impossible for them to have been infected at the moment of birth.”
However, the parents are currently being tested, with authorities saying they may have been asymptomatic. – BBC News