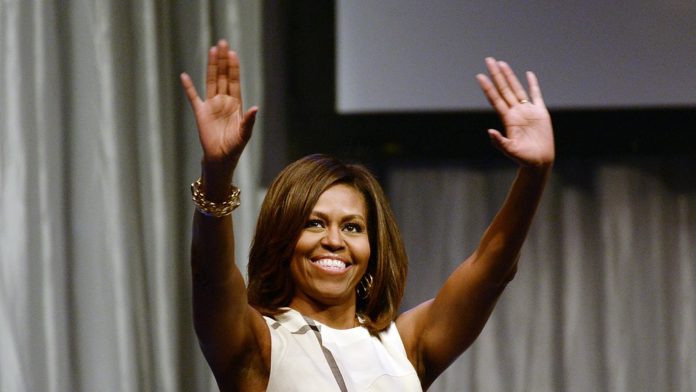 Lil Nas X, Lady Gaga, Beyonce and… Michelle Obama? The former first lady can now add Grammy winner to her resume, after snagging the award on music’s biggest night for Best Spoken Word Album, for the audiobook of her memoir “Becoming.”
Her win on Sunday gives the Obama household its third Grammy: former president Barack Obama has already snagged two Grammys in the same category
for his books.
She faced an eccentric group of rivals that include Michael Diamond and Adam Horovitz of the Beastie Boys for “Beastie Boys Book” and John Waters,
the director-performer known for his transgressive cult films, for “Mr. Know-It-All.”
Released in late 2018, “Becoming” saw the former first lady slam President Donald Trump for questioning her husband’s citizenship and promoting the
notion that he was born abroad.
“The whole [birther] thing was crazy and mean-spirited, of course, its underlying bigotry and xenophobia hardly concealed,” Obama wrote.
America’s first black first lady also dug into her personal life in her book, expounding on issues including a miscarriage, using in-vitro
fertilization to conceive her daughters and marriage counseling., reports AFP, LOS ANGELES.