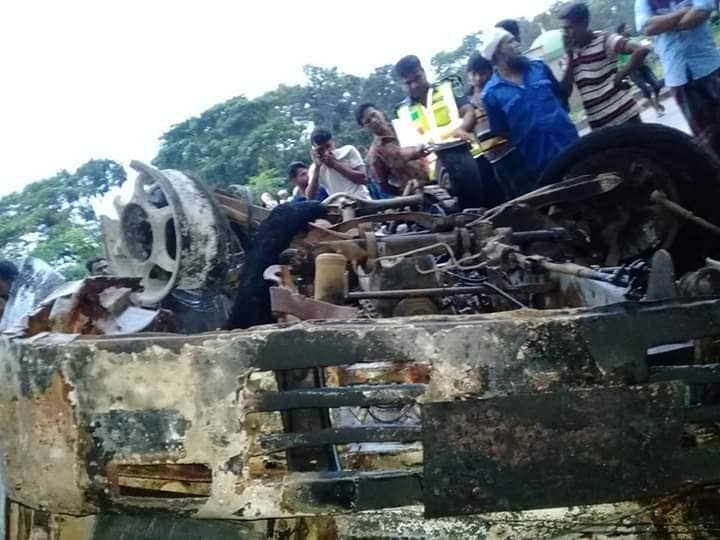 Three people were killed and five others injured as the gas cylinder of a microbus exploded after being hit by a bus and a truck in Gobindapur area in sadar upazila on Sunday morning.

The identities of the deceased, hailing from Sadar and Sadar Dakhhin upazilas, couldn’t be known yet.

The gas cylinder of the microbus went off after being hit by a bus first and then by a truck around 5:40 am, leaving three of its passengers, including a child, dead on the spot, said Alamgir Hossain, officer-in-charge (OC) of Maynamoti Highway Police Station.