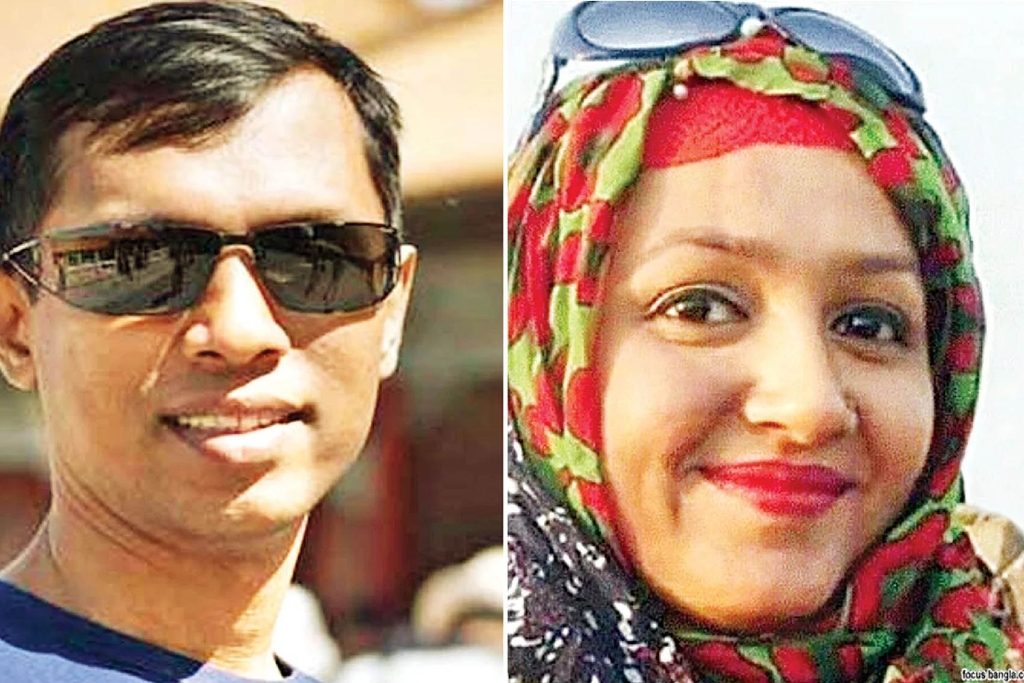 Chattogram, May 12 : The Police Bureau of Investigation (PBI) has detained Chattogram’s former police superintendent Babul Akter in connection with the murder of his wife in 2016, UNB has learnt.Sources said that Babul was detained by PBI sleuths on Tuesday night, after hours of questioning.
Santosh Kumar Chakma, investigating officer, said that Babul himself came to the PBI office in Mansurabad on Tuesday afternoon to check the progress of the murder case.
Banoj Kumar Majumdar, Deputy Inspector General of PBI, said, “Earlier too, Babul was taken into custody by the probe agency for questioning in connection with the case as he is the complainant.”
Asked if he has been formally arrested, Banoj Kumar reiterated, “There is no scope to arrest him as he’s the complainant in the case.” He, however, declined to comment on Babul’s possible involvement in the case.
On June 5, 2016, unidentified assailants gunned down Babul’s wife Mahmuda Khanam Mitu at the port city’s GEC intersection while she was going to drop her son Mahir Akhter, 7, for a bus of Chittagong Cantonment Public School and College.
Soon after the crime, Babul had filed a murder case at Panchlaish Police Station against three unidentified men.
Later, police arrested four men, including Abu Nasur Gunu, Shah Zaman alias Robin, Md Anwar and Md Motaleb Mia alias Wasim, from different places in connection with the murder.
Of them, Anwar and Wasim gave confessional statements in a court, implicating seven people, including Musa who directly took part in the killing, Mohammad Rashed and Nabi.
During the course of the probe, police had also arrested “arms supplier” Ehteshamul Haque Bhola and his assistant Md Monir and seized a pistol from their possession.
Subsequently, police arrested Musa’s elder brother Saidul Shikder Shakur and Shahjahan for providing the motorbike that was used in the murder.
On July 4, 2016, Nabi and Rashed were killed in a gunfight with police in Rangunia.
Meanwhile, Mitu’s father Mosharraf Hossain accused Babul of being directly involved in the murder case. “He (Babul) should be implicated in the murder case… if he’s not, we’ll go to the court.”
The case was transferred to the PBI from the Chattogram Metropolitan Police in 2019, after Mitu’s father, himself a retired police officer, filed a complaint against the CMP’s mishandling of the case.
Babul was called in for questioning a number of times by the PBI sleuths since his transfer, but had never been placed under arrest.