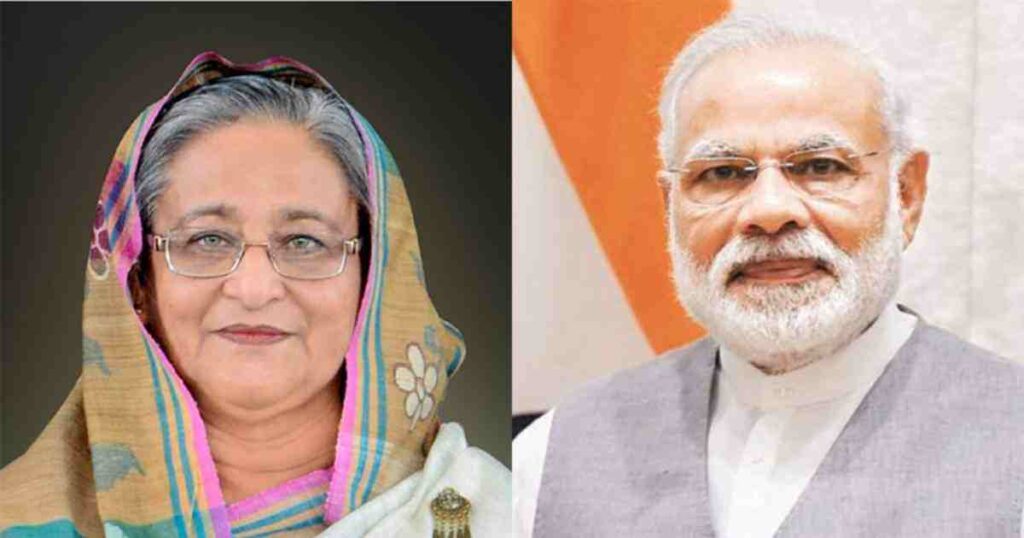 Indian Prime Minister Narendra Modi on Monday called his Bangladesh counterpart Sheikh Hasina over phone and greeted her on the occasion of the holy Eid-ul-Fitr, the biggest religious festival of the Muslims.

“The Indian premier phoned the Bangladesh prime minister at about 5:45 pm and extended Eid-ul-Fitr greetings to her (Sheikh Hasina) and the people of Bangladesh,” PM’s Press Secretary Ihsanul Karim said.

He said that during the five-minute telephone conversation, the Bangladesh prime minister also extended Eid greetings to Narendra Modi and the people of India.The two prime ministers wished continued peace, progress and prosperity for each other’s nations.