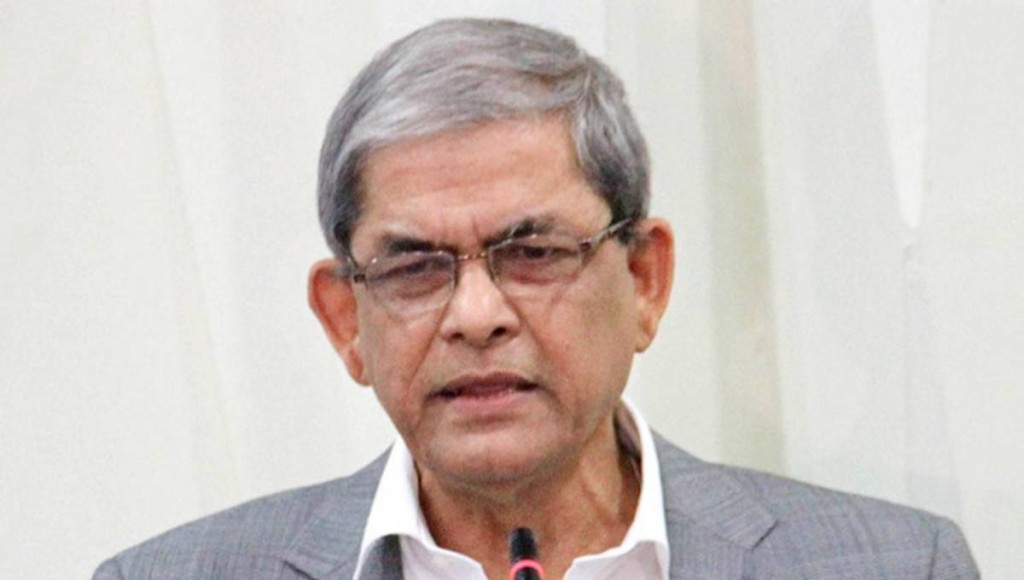 Chittagong, July 20 – BNP secretary general Mirza Fakhrul Islam Alamgir on Saturday urged the party leaders and activists to go to people across the country for motivate them to end ‘misrule’ by “We’ll have to go to villages and unions to inspire people to be active for the restoration of their all the basic rights. Let’s go to people and encourage them to defeat the government and end misrule through a mass-upsurge with united efforts,” he said.
The BNP leader came up with the comments while speaking at a public rally at Noor Ahmad Road near Chattogram unit BNP office arranged by the party as part of its planned divisional programmes demanding its Chairperson Khaleda Zia’s release.
He alleged t the government has kept Khaleda Zia in jail in a ‘false’ case to establish its ‘autocratic’ rule by destroying democracy.
“Khaleda Zia has also been sent to jail for protesting the government’s efforts to establish a one-party rule. So, this government won’t free her. We must ensure her release through a strong movement,” the BNP leader told the rally.
He alleged that the government destroyed all the state institutions, including the judiciary, police and administration, through politicisation. “It’s also established control over the media and forcing them to run news as it dictates.”
Fakhrul said the government wants to hang onto power by force using the state machinery since it fears people.
The BNP leader said an anarchic situation has been prevailing across the country as the security system has collapsed. “People are getting killed inside the court and on the streets in broad daylight. Repression is going on everywhere since the government has no accountability to people.”
He demanded that a fresh election be arranged under a neutral government and new Election Commission.
“People have lost confidence in election as Awami League has destroyed the election system. “The government must reconstitute a new Election Commission and hold a fresh election under a neutral government to establish a pro-people government and parliament.”
He urged BNP leaders and activists to stand beside flood victims to assuage their suffering as the government is not giving them necessary relief materials and other support.
BNP standing committee member Khandaker Mosharraf Hossain said the government is pushing ailing Khaleda towards death by not releasing her on bail.
He alleged that the government is not releasing Khaleda from jail fearing that it will hasten its fall.
BNP standing committee member Moudud Ahmed said the government has an agenda to eliminate BNP, but it will not be able to do so even in the next 100 years.
He voiced deep concern over the alarming rise in the incidents of rape and killing across the country due to the government’s failure to control the law and order.
BNP standing committee members Gayeshwar Chandra Roy, Amir Khosru Mahmud Chowdhury, vice chairmen Abdullah Al Noman and Mohammad Shahjahan, among others, addressed the rally. – UNB