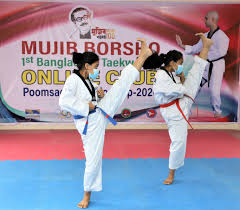 Organised by BTF and sponsored by Trust Bank, the competition is being held to celebrate the birth centenary of Father of the Nation Bangabandhu Sheikh Mujibur Rahman.

State Minister for Youth and Sports Mohammad Zahid Ahsan Russell MP is expected to present in the closing ceremony of the competition as the chief guest on Wednesday (December 30) and distribute the prizes. Youth and Sports Ministry’s Secretary Akhter Hossain will also present as the special guest in the prize distribution ceremony. BSS