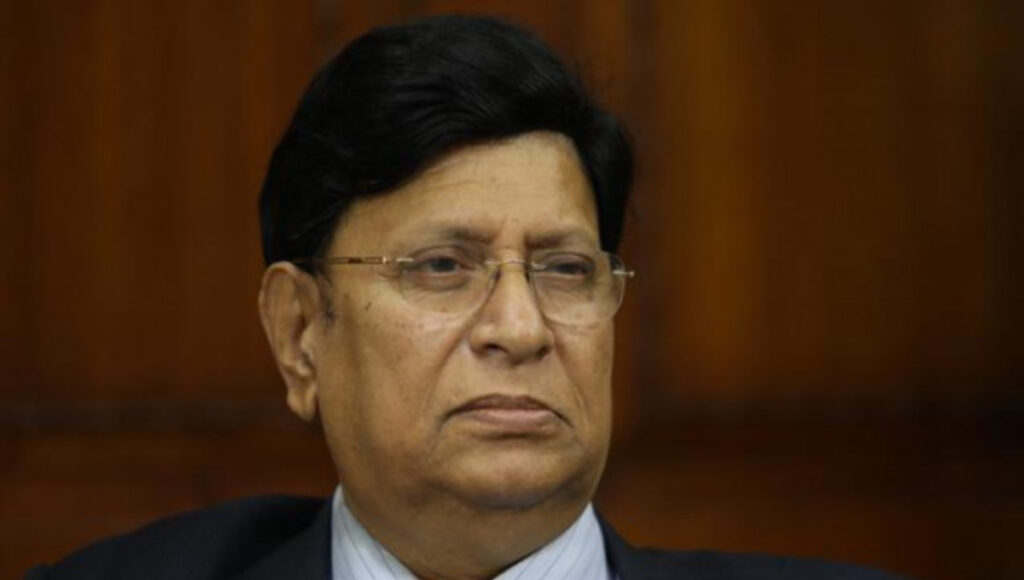 Earlier, Prime Minister Sheikh Hasina announced that March 2020 to March 2021 would be observed as the ‘Mujib Borsho’ (Mujib Year) across the country to mark the birth centenary of Bangabandhu.
Year-long programmes at home and abroad will be observed with the participation of the mass people at the government and party levels apart from engagement from Bangladesh’s foreign friends.
The ‘Mujib Borsho’ will be followed by the golden jubilee celebrations of the country’s independence in 2021.
The Foreign Minister said Bangladesh’s Liberation War history is incomplete without a detailed discussion on multifaceted contributions of the Indian government and people.
He said around 17,000 Indian soldiers sacrificed their lives and many got injured while helping Bangladesh to get independence.
Ekattorer Ghatak Dalal Nirmul Committee organised the discussion at Poet Sufia Kamal Auditorium in the city’s National Museum on the occasion of the 48th anniversary of India’s recognition to Bangladesh.
Indian High Commissioner Riva Ganguly Das, Ekattorer Ghatak Dalal Nirmul Committee President Shahriar Kabir, Aroma Dutta, MP, former Justice Shamsuddin Chowdhury Manik, Advisor, Ekattorer Ghatak Dalal Nirmul Committee, Julian Francis, human rights activist and a friend of Bangladesh, among others, spoke at the function.

Golden Chapter
Dr Momen said the friendly relations between Bangladesh and India reached a new height over the last decade which was termed “Golden Chapter” by the Indian Prime Minister.
He said the cordial relations between the head of the two governments have surely made the bilateral relations between the two countries much stronger. “We’re hopeful that our relations will become deeper gradually.”
The Foreign Minister said people of Bangladesh expect that friendly country India will not do anything which might create worries and panic among people of the two countries. “Through mutual friendship, Bangladesh and India will move ahead and expectations of the two countries will be fulfilled,” he added.
On December 6, 1971, India recognised a friend with whom they share not only culture, heritage and civilisational ties but also their martyrdom.
Personally, the Indian High Commissioner shared some recollections of those historic times listening to the radio as a young girl.
“And as I stand before you today as the High Commissioner to commemorate this momentous day, one cannot ask for more – I am humbled!

” she said.
The High Commissioner said the month of December remains special for the people of Bangladesh – it is a month that witnessed liberation from grave suffering and pain.
“While we commemorate this important day, we should not forget what happened in Chuknagar, Shakharipara, Jhalakati, Jathibhanga and the immense sacrifices made by Biranganas,” said the Indian envoy.
India sheltered around 1 crore Bangladesh nationals causing enormous strain to its resources and their soldiers made the supreme sacrifice in the Liberation War.
“While it is true, I would like to submit that this is what friends do for each other – India stood by Bangladesh in 1971 and will continue to do so in future,” Riva Ganguly said.
With Indian soldiers having shed blood together with the freedom fighters, the bonds the two countries share are eternal and will always stand the test of time, she said.
Growing Bangladesh
High Commissioner Riva said in the last 48 years, Bangladesh has grown “leaps and bounds” and is today the “envy” of many.
It’s human development indicators are an example for others to emulate. And all this has been possible due to the sacrifice of those who did not live to see this day.
She said it is important that the present and future generations of Bangladesh grow up with what they call ‘muktijuddher chetona’ and it is where Ekattorer Ghatak Dalal Nirmul Committee plays a stellar role.
The High Commissioner said they will also work together to commemorate the two important anniversary years; Bangabandhu Sheikh Mujibur Rahman’s birth centenary in 2020; and 50 years of Bangladesh’s War of Liberation, and the establishment of India-Bangladesh bilateral diplomatic ties in the year 2021.
To commemorate these two historic years, the cultural interactions between India and Bangladesh will be enhanced and to this, the Cultural Exchange Programme was renewed, she said.
The High Commissioner said they want to take the relationship, both diplomatic and otherwise, to newer heights – Sonali adhyay and beyond. – UNB