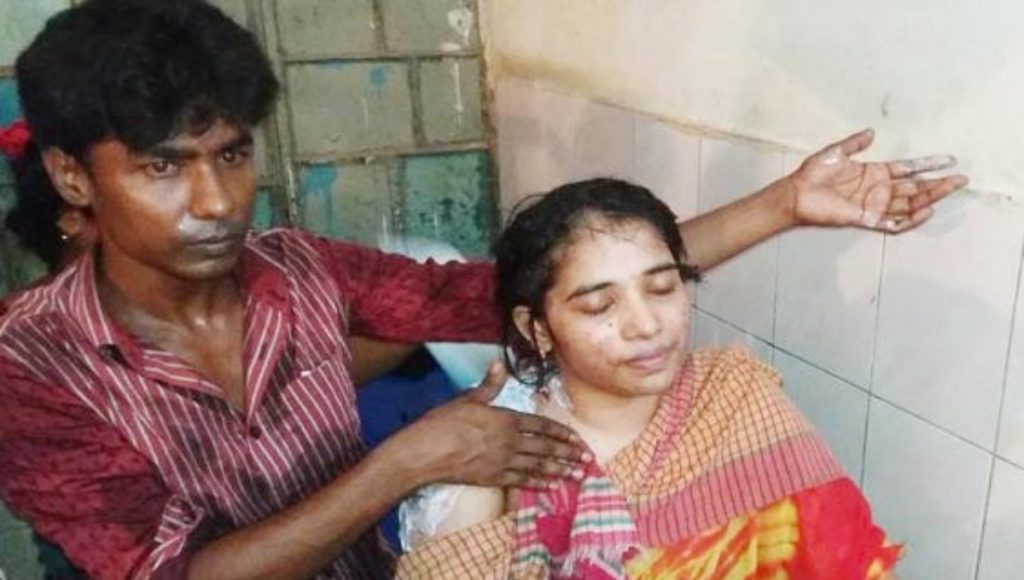 Narsingdi, June 26 (UNB) – Teenage girl Fulan Rani Barman, who was set afire by miscreants here on June 13, died on Wednesday morning after fighting for her life for 12 days.

She succumbed to her burn injuries at Dhaka Medical College Hospital (DMCH) in the capital around 6am, said sub-inspector Abdul Gaffar of district Detective Branch of police.

Miscreants set fire to the girl after pouring kerosene on her body while she was returning home after buying a cake from a local grocery on June 13 night.

She was first taken to Sadar Hospital and then sent to the DMCH for better treatment.

SI Gaffar said they have so far arrested three people over the incident and recorded the statement of the victim.