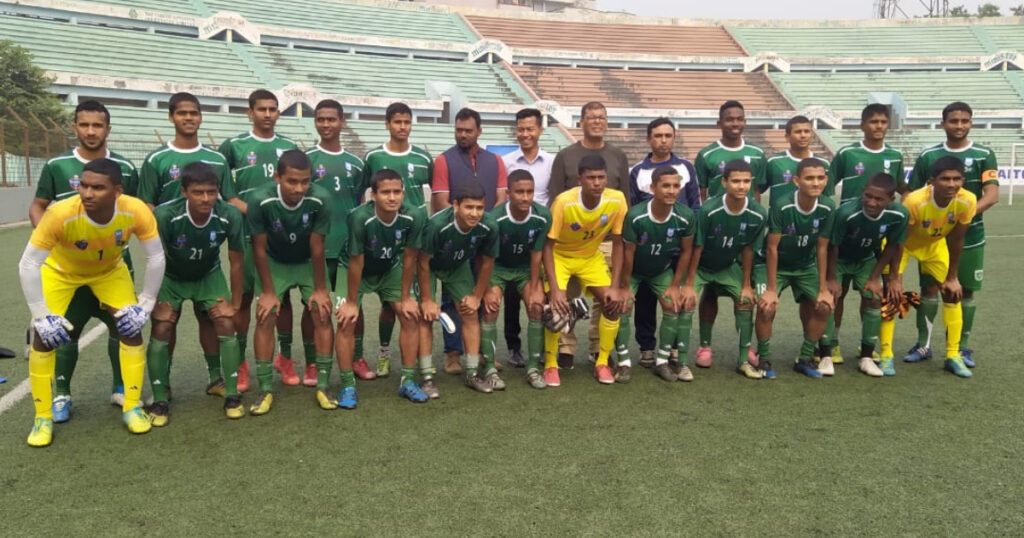 Al-Amin made a hat-trick scoring four goals for BKSP in the 53rd, 63rd, 73rd and 80th minutes of the match while netted the other goal in the additional time (90+4).

With the day’s feat, the national sports training institute team BKSP emerged Group A champions to be qualified for the semifinal. They will play Group C champions in the semis on February 5.

In the day’s another match group match at the same venue, BUET outplayed Dhaka Education Board by 4-1 goals.

Tanvir made a hat-trick scoring three goals in a row within just 19 minute (20th, 22nd and 39th) while Mahmudul netted another goal for BUET just two minutes after the break (4-0).

In the 78th minute, Arif scored the consolation goal for Dhaka Board (4-1).
After a recess for two days, Chattogram University will take on Jahangirnagar University in Seba Zone match on Sunday (February 2) at 3pm at Kamalapur Stadium. UNB