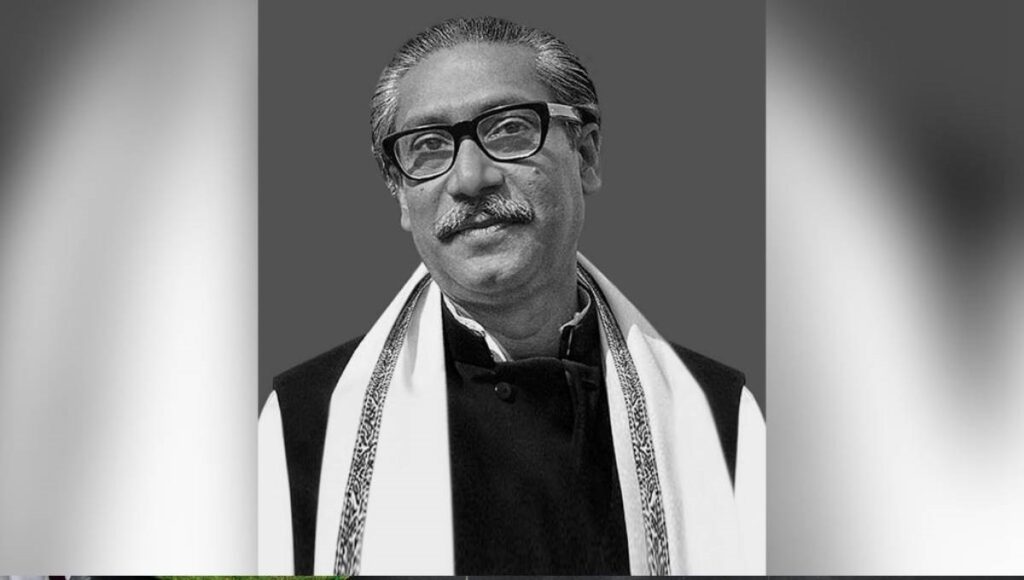 Dhaka, Aug 15 (UNB) – People across the country are observing the National Mourning Day, the darkest chapter in the history of independent Bangladesh.

On this day in 1975, the nation’s founding father Bangabandhu Sheikh Mujibur Rahman and most of his family members were assassinated by a cabal of military men.

Bangabandhu’s Military Secretary Brigadier General Jamil was also killed. Several members of a family in the capital’s Mohammadpur area were killed by artillery shells fired by the killers on the same day.

His two daughters – Sheikh Hasina, now the prime minister, and Sheikh Rehana – luckily survived the massacre as they were abroad at that time.

The government, various socio-cultural, political and professional organisations, including ruling Awami League and its associate bodies, chalked out programmes to observe the day.

Marking this day, President Abdul Hamid and Prime Minister Sheikh Hasina urged everyone to work together for building a happy and prosperous Bangladesh by completing the unfinished tasks of Bangabandhu.

They paid homage to the nation’s Independence hero by placing wreaths at the portrait of Bangabandhu in front of Bangabandhu Memorial Museum at Dhanmondi Road No. 32 in the capital in the morning.

After placing the wreaths separately, they stood there in solemn silence for some time showing deep respect to the great leader.

A smartly turned out contingent of Bangladesh Armed Forces gave state salute at that time, while the bugle played the last post. A munajat was offered seeking the eternal peace of the departed souls of the August 15 carnage.

Later, Sheikh Hasina, also the President of Awami League, flanked by party’s General Secretary Obaidul Quader and senior leaders, placed wreaths at the portrait of Bangabandhu on behalf of the Awami League.

After paying tributes to Bangabandhu, the Prime Minister visited the historic residence of Bangabandhu at Dhanmondi Road No. 32 which witnessed the world’s most barbaric carnage on this day 44 years ago.

Sheikh Hasina stayed for some time in the house which now has been turned into Bangabandhu Memorial Museum.

Later, the Prime Minister went to Banani Graveyard where her mother Bangamata Fazilatunnesa Mujib, Sheikh Kamal, Sheikh Jamal and Sheikh Russell and other martyrs of August 15 were laid to eternal rest.

Sheikh Hasina placed floral wreaths and spread flower petals on their graves. She also offered Fateha and dua seeking eternal peace of the departed souls of the martyrs of August 15.

In a message, the President said: “On the National Mourning Day, let’s translate our grief into strength and devote ourselves to building Sonar Bangla as dreamt by the Father of the Nation.”

Terming Bangabandhu a visionary leader and the prime mover of independence, President Hamid said Bangabandhu led the nation at every struggle and democratic movement.

Bangabandhu never compromised on the question of the rights of people and he upheld the interest of Bangali and Bangladesh even at the gallows, the President said. “Though the assassins killed Father of the Nation, they could not wipe out the principles and ideals of this great man.”

Bangabandhu, throughout his life, struggled for independence along with people’s economic emancipation. He dreamt of building ‘Sonar Bangla’ (Golden Bangla) free from hunger and poverty.

“Therefore, it’s our utmost responsibility to build our country a happy and prosperous one by completing the unfinished tasks of Bangabandhu and in this way we can pay our deep tributes to the immortal soul of the soil,” said President Hamid.

Prime Minister Hasina, in her message said, under the dynamic, courageous and charismatic leadership of Bangabandhu, the Bangalee nation snatched the shining sun of Independence breaking away the chain of subordination. “The Bangalee got an independent sovereign country, its own flag and national anthem.”

“On this day, I pray to the Almighty Allah for salvation of the departed souls of the Father of the Nation and all other martyrs of the 15th August,” she said.

Hasina said the anti-liberation clique killed Bangabandhu at a time when he had engaged in the struggle to building a Golden Bangla along with the whole nation by reconstructing the war-ravaged country.

Through the killing of Bangabandhu, she said, the defeated forces of the Liberation War made abortive attempts to ruin the tradition, culture and advancement of the Bangalee Nation. “The aim of the killers was to break the state structure of secular democratic Bangladesh and foil our hard-earned independence.”

Hasina said the killers had been able to assassinate Bangabandhu Sheikh Mujibur Rahman but they could not kill his dreams and ideals.

“Let’s turn the grief of the loss of Bangabandhu into strength, engage ourselves in building a non-communal, hunger- and poverty-free prosperous Bangladesh by upholding Bangabandhu’s philosophy and establish a Golden Bangladesh as dreamt by the Father of the Nation. This should be our solemn pledge on this National Mourning Day,” she said.