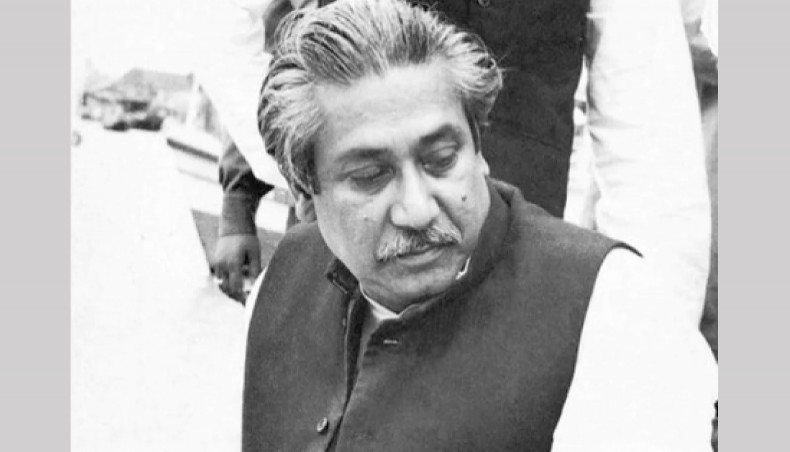 Dhaka, Aug 14 (UNB) – President Abdul Hamid and Prime Minister Sheikh Hasina have urged all to work together for building happy and prosperous Bangladesh by completing the unfinished tasks of Bangabandhu as the country is set to observe National Mourning Day on Thursday, a black chapter in the country’s history.

The 15th August is the National Mourning Day of Bangladesh. On this day in 1975, the greatest Bangalee of all time, Father of the Nation Bangabandhu Sheikh Mujibur Rahman, along with most of his family members, was assassinated brutally by a cabal of military men.

“On the National Mourning Day, let’s translate our grief into strength and devote ourselves to building Sonar Bangla as dreamt by the Father of the Nation,” said the President in his message.

“With a heavy heart, I pay my deep homage to them and pray to the Almighty Allah for the salvation of the departed souls on this Mourning Day,” he said adding that the 15th August 1975 is regarded as a disgraceful chapter in history of the Bangalee.

On this fateful night, the President said, the undisputed leader and Father of the Nation Bangabandhu Sheikh Mujibur Rahman was brutally assassinated at his Dhanmondi residence by a group of killers in connivance with the anti-liberation forces.

Bangabandhu’s Military Secretary Brigadier General Jamil was also killed. Several members of a family in the capital’s Mohammadpur area were also killed by artillery shells fired by the killers on the same day.

Terming Bangabandhu a visionary leader and the prime mover of independence, President Hamid said Bangabandhu led the nation at every struggle and democratic movement.

President Hamid said Bangabandhu never compromised on the question of the rights of people and he upheld the interest of Bangali and Bangladesh even at the gallows.

“Though the assassins killed Father of the Nation, they could not wipe out the principles and ideals of this great man,” he said adding that he is confident that the name and fame of Father of the Nation will remain ever-shining in the minds of millions of Bangalis so long as the country and its people will stay alive.

Bangabandhu, throughout his life, struggled for independence along with people’s economic emancipation. He dreamt of building ‘Sonar Bangla’ (Golden Bangla) free from hunger and poverty.

“Therefore, it’s our utmost responsibility to build our country a happy and prosperous one by completing the unfinished tasks of Bangabandhu and in this way we can pay our deep tributes to the immortal soul of the soil,” said President Hamid.

The birth centenary of Bangabandhu and the Golden Jubilee celebration of independence will be held in 2020 and 2021 respectively.

“I call upon my fellow countrymen to observe these two important occasions in a colourful and a befitting manner. I hope our new generation will be able to know about the contributions of Bangabandhu and the true history of our independence, and they will devote themselves for the sake of the country and the nation,” said the President.

He said Prime Minister Sheikh Hasina, daughter of Bangabandhu, has set `Vision 2021′ and `Vision 2041′ aiming to transform Bangladesh into a prosperous and developed country.

“I urge the countrymen, irrespective of party affiliation, to materialise the programme by extending united and continued support,” said the President.

Prime Minister Hasina, in her message said, under the dynamic, courageous and charismatic leadership of Bangabandhu, the Bangalee nation snatched the shining sun of Independence breaking away the chain of subordination. “The Bangalee got an independent sovereign country, its own flag and national anthem.”

“On this day, I pray to the Almighty Allah for salvation of the departed souls of the Father of the Nation and all other martyrs of the 15th August,” she said.

Hasina said the anti-liberation clique killed Bangabandhu at a time when he had engaged in the struggle to building a Golden Bangla along with the whole nation by reconstructing the war-ravaged country.

Through the killing of Bangabandhu, she said, the defeated forces of the Liberation War made abortive attempts to ruin the tradition, culture and advancement of the Bangalee Nation. “The aim of the killers was to break the state structure of secular democratic Bangladesh and foil our hard-earned independence.”

Hasina said the anti-liberation forces involved in the carnage initiated the politics of killing, coup and conspiracy right after the 15th August 1975. They also blocked the way of the trial of Bangabandhu murder by promulgating an indemnity ordinance.

She said Ziaur Rahman illegally took over the state power and promulgated Martial Law by desecrating democracy and suspending the Constitution.

Ziaur Rahman rewarded the killers of the Father of the Nation and gave them jobs at Bangladesh missions abroad, said the Prime Minister.

“Zia gave the anti-liberation-war criminals nationality, make them partners in state power and rehabilitated them politically and socially. The subsequent governments of BNP-Jamaat alliance followed the same path,” she mentioned.

Hasina said a new horizon of socio-economic development in the country started in these five years overcoming the obstacles of the past.

Hasina said the people of the country made Awami League victorious again in the Ninth Parliamentary elections on December 29, 2008.

“Overcoming the stalemate left by the previous BNP-Jamaat government and global economic recession, we’ve put the country on firm economic footing. Rejecting BNP-Jamaat’s conspiracy to foil the general election on January 5, 2014, people upheld the constitutional continuation by casting their votes. Winning the elections, Bangladesh Awami League kept up the development advancement of the country,” she said.

During the last 10 and half years, the Prime Minister said, they have achieved the desired advancement in every sector.

Hasina said Bangladesh is now a ‘role model’ of socio-economic development in the world and has attained the status of a developing nation. “We’ve launched Bangabandhu satellite-1 in the space. We’ll turn Bangladesh into a middle-income country before 2021 and a developed one by 2041, InshaAllah.”

She said they have executed the verdict of the Bangabandhu killing case. The trial of the killers of four national leaders has been completed. The verdicts of the cases against war criminals of 1971 are being executed.

“Our government is following ‘zero tolerance’ policy to uproot militancy-terrorism. The path of grabbing state power unconstitutionally has been stopped through the 15th amendment to the Constitution. We’ve to remain prepared to resist any ill-attempt by the anti-liberation-fundamentalist quarters and, anti-development and anti-democracy forces,” she said.

Hasina said the killers had been able to assassinate Bangabandhu Sheikh Mujibur Rahman but they could not kill his dreams and ideals.

“Let’s turn the grief of the loss of Bangabandhu into strength, engage ourselves in building a non-communal, hunger- and poverty-free prosperous Bangladesh by upholding Bangabandhu’s philosophy and establish a Golden Bangladesh as dreamt by the Father of the Nation. This should be our solemn pledge on this National Mourning Day.”