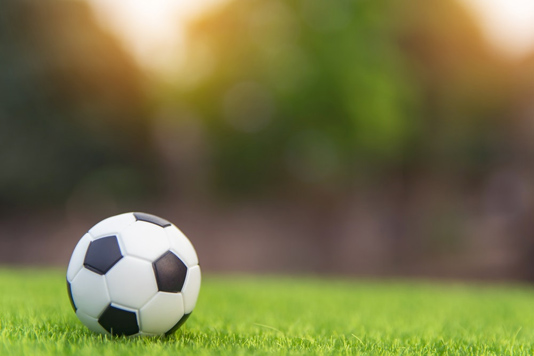 Sports Desk
The national phase matches of Father of the Nation Bangabandhu Sheikh Mujibur Rahman boys’ (U-17) and Bangamata Sheikh Fazilatunnesa Mujib girls’ (U-17) National Gold Cup Football tournament begins from Monday (February 24) at Bangabandhu National Stadium (BNS).
Eight district teams of boy’s and eight district teams of girls’ section
will take part in the national phase.
The closing matches of both Bangabandhu and Bagamata (U-17) National Gold Cup Football tournaments will be held on Saturday (February 29) at BNS.
Prime Minister Sheikh Hasina is expected to present in the closing ceremony as the chief guest and distribute the prizes.
The champions of both boys’ and girls’ teams will have Taka 2,000,00.00 (Taka two lacs) while the runners-up of both section will get Taka
1,00,000.00 (Taka one lac) as the prize money.
Besides, man of the match, man of the final, man of the tournament and highest scorer will also receive cash award.
In this regards, a press conference was held today (Saturday) at conference room of National Sports Council Tower to provide all the details of the
meets.
State Minister for Youth and Sports Zahid Ahsan Russell MP said apart from boys’ this time they have a plan to send the girls’ abroad for higher
training.
He said as they sent four selected booters from boys section in abroad butthis time they are planning to to send a full boys team for higher training.
Earlier, the ministry sent four selected booters, picked up from boys section, to Brazil to receive higher training in the last edition. The State
Minister informed that have already appointed sports officer in each sixty four districts to conduct the tournaments without any hindrance by saying
that they have also plan to give charge of any local circle under the leadership of district officer to conduct the d in the upazilla phase
tournament. However the decision is under process.
Replying to a question, Russell admitted that the performance of the national booters was not up to the mark in national level but he strongly
hoped that this kind of tournaments would full fill the pipeline of the national team and enhance the country’s image of the in the international
level by two of three years.
Earlier, forty two booters have been picked in the 2018 edition of Bangabandhu Sheikh Mujibur Rahman U-17 National Gold Cup Football tournament
and they were given a higher training through Bangladesh Football Federation (BFF) at Bangladesh Krira Shikkha Perothistan. Among the forty two booters,
four were sent to Brazil to receive higher training.
He said they want to make the best use of this arrangement in order bring out quality players and he hoped that these players would enhance the image
of the country.
Earlier, the logo and trophy of Bangabandhu Sheikh Mujibur Rahman boys’ and Sheikh Fazilatunnesa Mujib girls’ (U-17) National Gold Cup Football formally
unveiled on August 31 last year while the boys’ and girls’ section tournament formally kicked off at Tangail Stadium on September 1.
Though the Bangabandhu Sheikh Mujibur Rahman Boys’ (U-17) National Gold Cup Football competition began in 2018, the Youth and Sports Ministry introduced
Bangamata Sheikh Fazilatunnesa Mujib girls’ (U-17) National Gold Cup Footballcompetition last year for the first time in order to bring dimension in the
country’s football.
In 2019 edition, a total of 98,730 players from 4,828 teams of upazilla phase, 581 of district phase, 68 teams of division phase and finally eight
teams of national phase are participating in boys’ section while 11,826 players from 581 teams of district phase, 68 teams of division phase and
finally eight teams of national phase are taking part in the girls’ section.