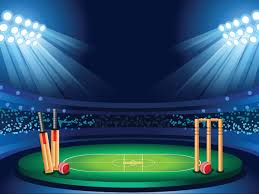 By virtue of this victory Bangladesh takes 2-0 lead in the five-match one-day series against the visitors.

Opting to bat first, the South African women put up 196-8 in the stipulated 50 overs, which Bangladesh women gunned down with ease, making 197-3 in 45.3 overs.

Nigar Sultana led the facile victory by hitting a ton, which doesn’t happen in Bangladesh women cricket more often. Nigar came to the crease with Bangladesh at precarious 16-1. Later Murshida Khatun was out on 21, to leave the hosts 38-2.

However Nigar remained unscathed and drove the side to the victory with 101 off 135, which included 11 fours. She got support firstly from Farjana Haque Pinky who made 15 and then Ruaman Ahmed, who scored an unbeaten 45 as well as shared a 115-run partnership with Nigar for an undefeated fourth wicket stand.

After coming to bat first, South Africa made a good start thanks to Andrie Steyn but Nahida AKater and Ritumoni who both scalped three wickets brought Bangladesh back in the contest.

Their disciplined bowling made regular inroads as South Africa found them wanting after Steyn was out on 80. Anneke Bosch was the other notable scorer for the visitors with 42.

Bangladesh women earlier won the first match by 54 runs. The third match is on April 8 at the same venue.BSS