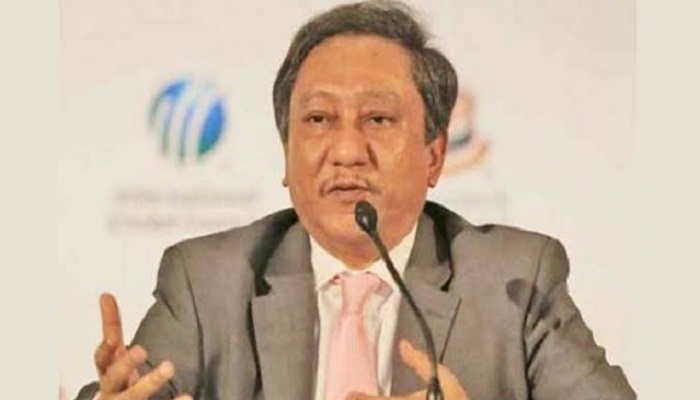 DHAKA—The ongoing one-day International series between Bangladesh and Sri Lanka will go as planned as the visitors are fine with the bio-bubble security.

The first ODI then went as planned with Udana making the way in the final XI while Fernando was kept in isolation.

The Bangladesh Cricket Board (BCB) president Nazmul Hassan Papon said that Fernando, who some days ago recovered from coronavirus, is tested again and the result will  be available very soon.

“In some cases, people can be detected as positive even 28 days after recovering from the virus. Since Fernando is yet to spend 28 days after contracting the virus, he may come back positive. That’s why he is sent for the third test,” Papon said here today.

“As far as I am concerned, it is rare that anyone would be positive, despite being in a bio-bubble because he entered the bubble after being negative twice. But sometimes it can happen. After three of them came back positive, they were isolated and later two of them became negative. They came back with false positives which can happen in PCR tests.”

“There is a guideline of ICC that in case of bilateral series, what we can do if anyone returns positive in the bubble. So everything is under control.”

Sri Lanka team manager Manjua Kariyapperuma said they are happy with the facilities the BCB has given them.

“We had two players and one support staff member tested Covid-19 positive. But two were declared negative after the second test. So these things happen. You know there is a thing called false positive reports and I think that might have been the case.”

He further said the relationship between the two boards is excellent and if anything happens, they can sort it out together.

“The relationship the two boards have is commendable. Even if there is anything we can sort it out so there is absolutely no problem. I think there is a great understanding between the boards and the officials.”