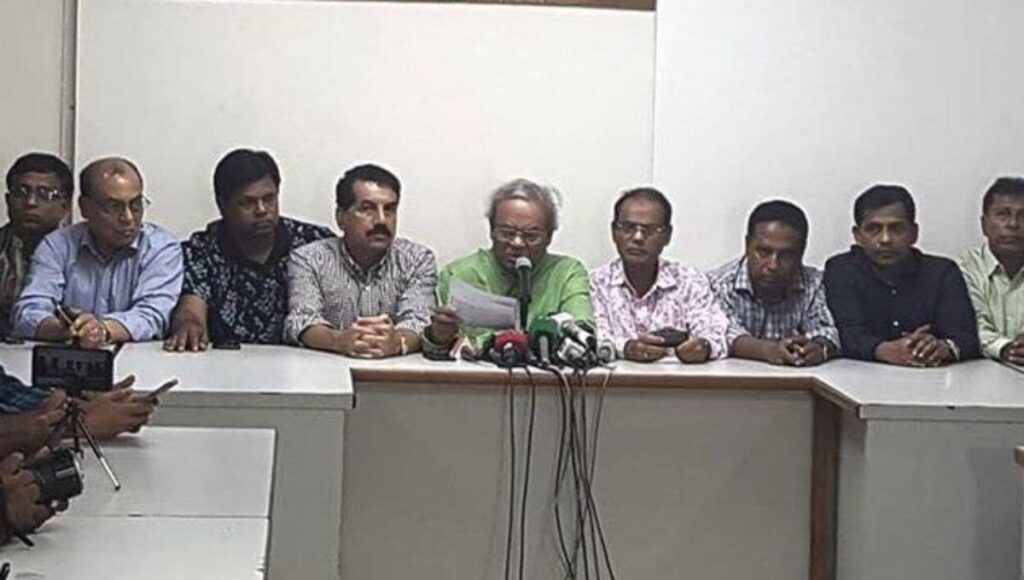 Dhaka, Oct 8 (UNB) – Describing Abrar Fahad as the first martyr in the struggle for protecting the country’s sovereignty, water and soil, BNP Tuesday demanded that the Feni River be renamed the ‘Abrar River’.Speaking at a press conference at the party’s Nayapaltan central office, BNP Senior Joint Secretary General Ruhul Kabir Rizvi also claimed that the names of the key accused were left out in the case filed in connection with Abrar murder.

“The current regime’s policy is to hand over the country’s soil and water resources to others, but those who’ll protest against it will be killed through torture. Abrar Fahad is the first martyr in the war on protecting independence, sovereignty, water and soil of our country,” he said.

The BNP leader strongly condemned the murder of Abrar and demanded the government track down the real offenders and mete out exemplary punishment to them.

Abrar, 21, a resident of Sher-e-Bangla Hall of Buet, was pronounced dead around 3am on Monday by Buet medical officer Dr Md Mashuk Elahi after he was mercilessly beaten allegedly by some Bangladesh Chhatra League (BCL) activists of the university unit.

Later, his father filed a case against 19 BCL men with Chawkbazar Police Station in the capital.

Rizvi alleged that the key accused are not there in the case mysteriously as he said the Buet administration is trying to save them.

He questioned who turned room No-2011 of Sher-e-Bangla Hall into a torture cell. “Why is the Buet administration desperately trying to save him? The shameless administration issued a statement terming the killing an unexpected death.”

He said the killing of Abrar by the “Chhatra League cadres” for his post on the Facebook against ‘anti-state’ bilateral documents with India has exposed that the innocent, patriot and common students are no longer safe in educational institutions.

Rizvi said their party will announce programmes against the recent bilateral documents with India in phases. “We as well as our different associate bodies are protesting against it. We took out a procession yesterday (Monday) and such protest will continue.”