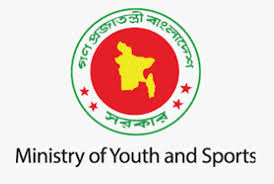 In the light of this decision, the current name of Ramna NTC will be “Lieutenant Sheikh Jamal National Tennis Complex”, Ramna. This decision will take effect from now on.

In this regard, the NSC chairman and State Minister for Youth and Sports Mohammad Zahid Ahsan Russell MP said every member of Bangabandhu’s family is a beacon in the country’s sports arena.

The contribution of Shaheed Sheikh Jamal in advancing the country’s sports arena is as bright as the light of the sun immediately after independence. He himself was a successful tennis player.
So we have decided to name the NTC in the name of Lieutenant Sheikh Jamal National Tennis Complex to pay our respect to the martyred Sheikh Jamal and to make his contribution to the sport everlasting.