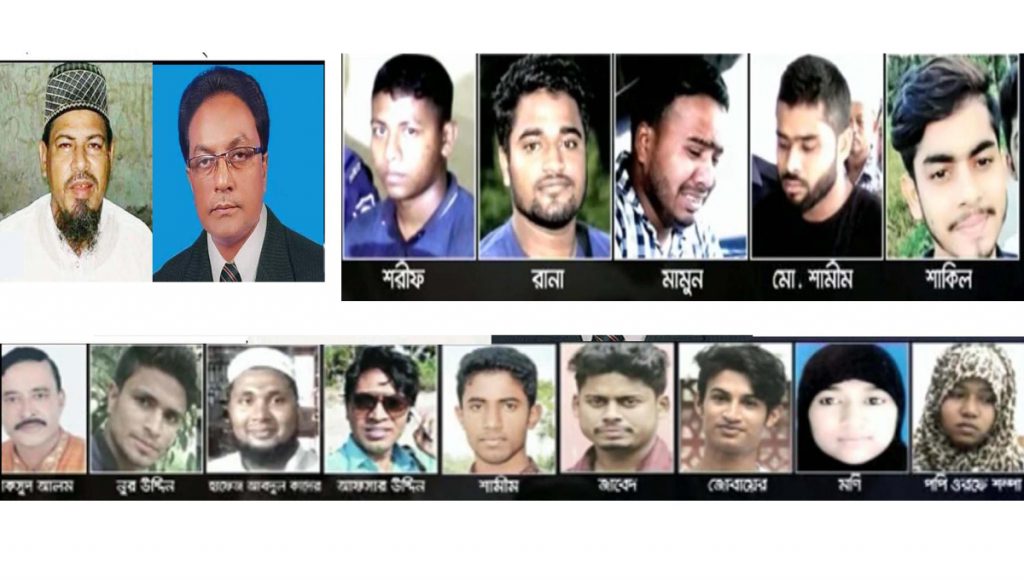 Feni, May 29 (UNB)— Charges were pressed in court on Wednesday against 16 people, including madrasa principal SM Sirajuddoula and Awami League leader Ruhul Amin, over the killing of Nusrat Jahan Rafi.

Police Bureau of Investigation (PBI) submitted the 722-page charge-sheet at the court of Senior Judicial Magistrate Zakir Hossain 53 days after the madrasa student was set on fire.

A total of 92 people have been made witnesses in the case and seven of them have already testified before the court. Twelve of the accused, including Sirajuddoula, have reportedly confessed to their crime before the court.

Nusrat had accused the principal of sexually harassing her. She was set on fire at an examination centre in Sonagazi upazila on April 6, allegedly by people loyal to Sirajuddoula. She died on April 10 at Dhaka Medical College Hospital.

Moazzem Hossain, the officer-in-charge of Sonagazi Police Station, was suspended shortly after the incident. He was later accused of circulating a video on the social media containing footage of Nusrat’s interrogation at the police station.

A tribunal in Dhaka ordered his arrest on Monday after investigators said they found all allegations brought against the former OC to be true.

Nusrat’s family has been demanding maximum penalty for those involved in the murder.

Her mother said that they had been receiving threats from “some influential people”. “But we’re not afraid as Prime Minister Sheikh Hasina has assured us of justice,” Shirin Akhter said.

Nusrat’s brother Mahmudul Hasan Noman said they were satisfied with the speed of the investigation and arrest of the accused.