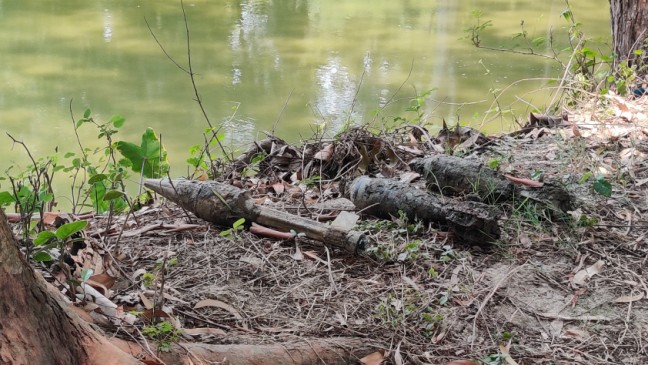 Rajshahi – Police on Friday recovered two more mortar shells and a rocket launcher from the pond near Shaheed Shamsuzzoha hall of Rajshahi University. A local boy discovered the weapons on Friday noon and informed the police and they recovered those from the spot.
Motihar police station SI Imran Hossain confirmed this and said, the recovered mortar shells and rocket launcher are kept at the police box near the Baddhabhumi area of the university.
University proctor professor Lutfor Rahman said, there was a camp of the Pakistani military during the liberation war where those weapons were found. So, we guess these are from the time of the country’s liberation war.
The Shaheed Shamsuzzoha hall of Rajshahi University was being used as the camp of the Pakistani military during the liberation war. Recently those weapons, which are believed to be the time of the liberation war, were found from a pond near the hall.
Earlier, another mortar shell was found from the very pond during excavation last Tuesday, which was exploded by the Bangladesh army on the following day. – RU Correspondent