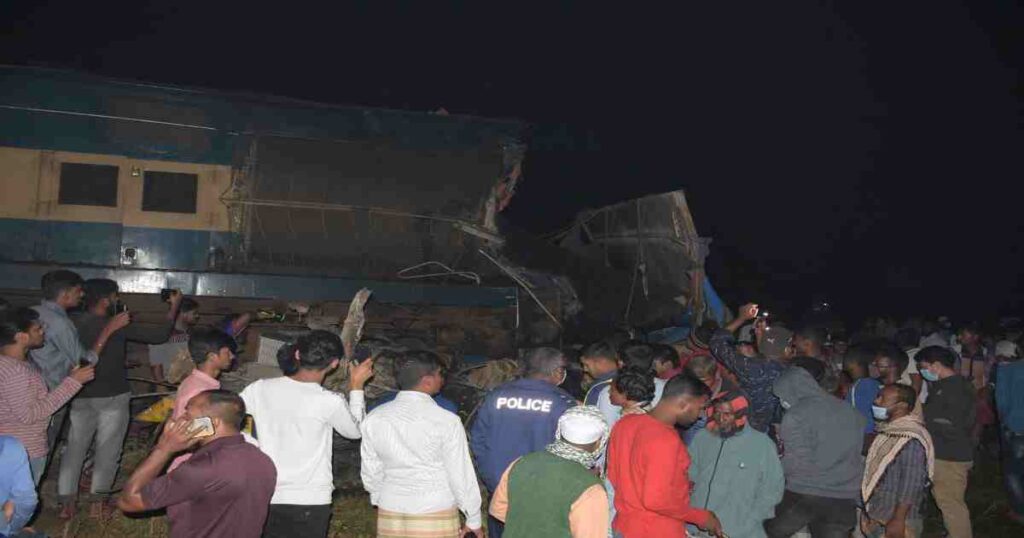 A truck driver was killed, and his assistant injured as a train hit his vehicle at Murli railway crossing of Khulna-Benapole highway on Saturday.

The accident has halted rail communication between Khulna and Jashore. And the deceased was identified as Akbar Ali, 45, of Chapainawabganj.

The accident happened when a coal-laden truck did not slow down near the rail-track, ignoring the railway crossing sign at 8pm, said the gateman.

Station Master Saiduzzaman said Khulna-bound Kapotaksha Express rammed into the truck when it got stuck on the rail track.

However, Kotwali Police Station Officer-in-Charge Moniruzzaman said, “We are primarily suspecting that the crash happened as the level crossing bar did not come down before the arrival of the train.”