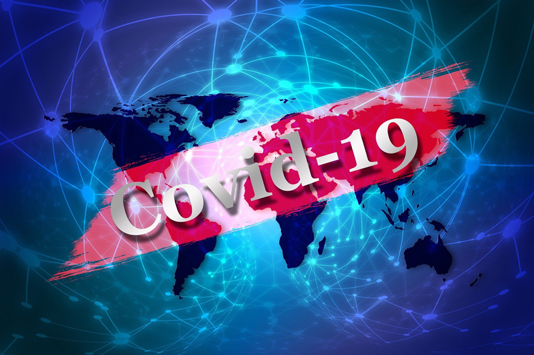 More than 130 therapies are being investigated as possible treatments for the coronavirus, a leading pharmaceutical industry association said  Friday.Unprecedented efforts to collaborate across the pharmaceutical industry have significantly accelerated the search for safe and effective treatments for the novel coronavirus, the International Federation of Pharmaceutical Manufacturers and Associations said.
“Over 130 COVID-19 therapeutics are under investigation,” IFPMA director Thomas Cueni told a virtual briefing, along with a number of pharmaceutical company executives.
The team detailed work on different therapies currently being considered, including anti-malarials, anti-virals, immunotherapies and plasma treatments.
Cueni said 77 of them were existing drugs being tested to see if they could be repurposed for use against COVID-19, while 68 were new treatments.
Most were still in the early stages of testing, he said, adding that more than 25 clinical trials had already begun.
“This is really good news for all of us, because we do hope that sooner rather than later we will see first successes in containing and treating COVID-19,” he said.
The novel coronavirus, which first surfaced in China late last year, has killed nearly 230,000 people and infected close to 3.2 million worldwide, according to an AFP tally.
Experts have warned that only a vaccine will allow the full reversal of restrictions that have put half of humanity under some form of lockdown.
But while more than 100 labs around the world are scrambling to find a vaccine, the process of developing and rolling out an effective and safe jab is expected to take at least a year.
Cueni said developing an effective treatment could move faster.
His comments came after US scientists hailed a potential breakthrough in the coronavirus fight after a clinical trial of the antiviral drug remdesivir showed that patients recovered about 30 percent faster than those on a placebo.
– Don’t ‘cut corners’ –
During Thursday’s briefing, Jose Baselga, executive vice president of AstraZeneca warned against rushing to find something that works.
“We need to have trials that are well-controlled,” he said, urging placebo-control randomised trials.
“If you cut corners, at the end of the day, we will find out that we have data that is impossible for us to interpret.”
That has so far been the problem with tests involving anti-malaria drug hydroxychloroquine, said Richard Saynor, head of Sandoz, which makes the drug.
The firm belongs to Swiss pharmaceutical giant Novartis.
Hydroxychloroquine showed early promise against COVID-19 in small-scale studies in France and China to reduce virus levels among people badly infected.
It has been touted by US President Donald Trump as a possible “gift from God” against the pandemic.
But its effectiveness has been questioned and serious concerns have also been raised about potential serious side effects.
Saynor stressed the need for “proper blinded studies”.
Novartis announced earlier this month it would sponsor such a clinical trial in the US, and Saynor said the results were expected later this year, reports AFP, Geneva.