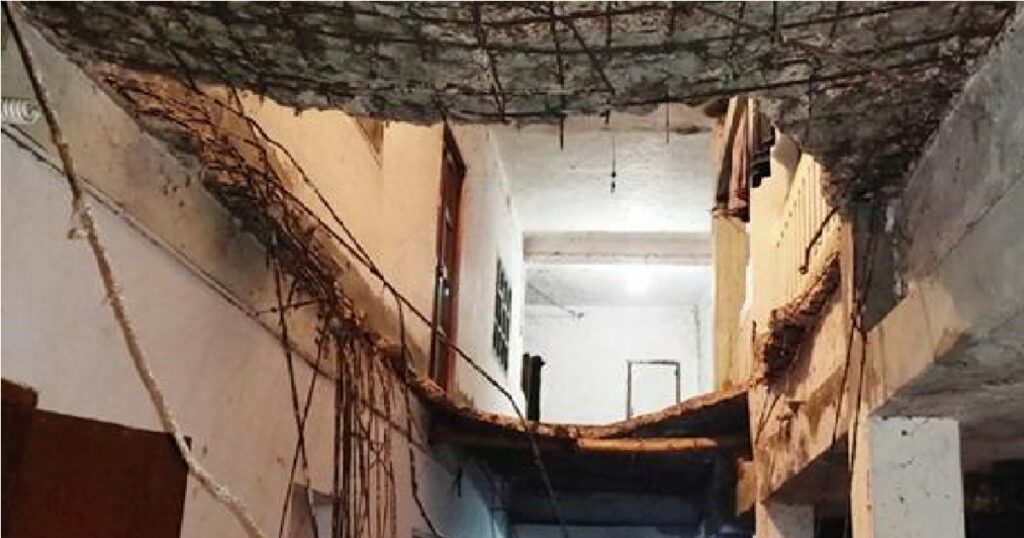 Chandpur, Nov 24 – Around 50 students and a teacher were injured as the dilapidated floor of an orphanage caved in along with them in Matlab Uttar Upazila on Saturday night. Twelve of the injured — Sihab, 14, Ainuddin, Nahid, 13, Sabbir, 13, Ibrahim, 13, Tariqul Islam, 13, Abdul Aziz, 13, Sajib, 15, Abdullah, 14, Rahman, 15, Nahid, 14, and Senior Assistant Moulvi Mohammad Hossain, 50 — were undergoing treatment at the General Hospital.
Twenty-five victims took treatment Matlab Uttar Upazila Health Complex while some others at Matbal South Upazila Health Complex.
Meanwhile, Siam, 10, who was injured critically, was referred to Dhaka for better treatment.
Md Masud Al, a second year student of Farazikandi Alia Madrasa at Farazi Complex, said separate teams of Farazikandi Al-Amin Orphanage take part in the Victory Day parades at the National Parade Ground, Chandpur Stadium and on the upazila parishad premises every year on December 16.
As part of the preparations, over 100 students went to the rooftop of the building where their team leader Mohammad Hossain was making a list of the possible participants.
However, the roof collapsed along with the students and the teacher, leaving over 50 of the injured.
Chandpur Deputy Commissioner Md Majedur Rahman Khan, Additional DC Mohammad Shawkat Osman, Superintendent of Police Md Mahbubur Rahman and Upazila Nirbahi Officer of Matlab Uttar Sharmin Akhter visited the spot and the victims at hospitals.
Shawkat Osman said the orphanage building was declared abandoned after the accident. – UNB