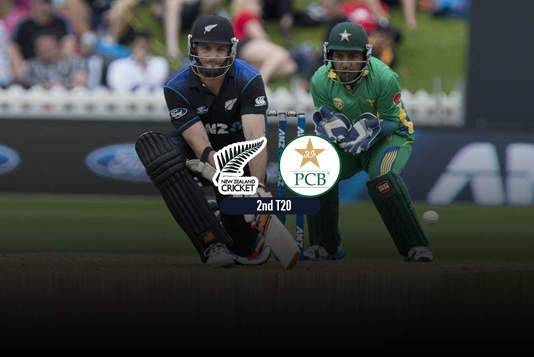 HAMILTON, New Zealand – Pakistan won the toss and elected to bat in the second Twenty20 against New Zealand in Hamilton on Sunday.

“It looks to be a very good pitch and we want to get a good score on the board,” said stand-in captain Shadab Khan.

Khan also won the toss and opted to bat in the first match only to lose by five wickets at Eden Park in Auckland on Friday.

With the injured Babar Azam and Fakhar Zaman still not available, the pressure is on Abdullah Shafique and Mohammad Hafeez to get runs in Hamilton.

“We were rusty in the last game but hopefully we will do better here,” Khan said with Pakistan keeping the same line up.

New Zealand have made four changes, with Kane Williamson returning from paternity leave to lead the side and with Test bowlers Tim Southee, Trent Boult and Kyle Jamieson being added.

It meant there was no room for Jacob Duffy who, in the first match, produced the best figures by a New Zealand bowler in a Twenty20 debut.

“It’s a good surface here usually, we need to do the job first up with the ball,” Williamson said. “It was a good performance at Eden Park and it’s important that we stick to our plans and adapt to the new conditions.”