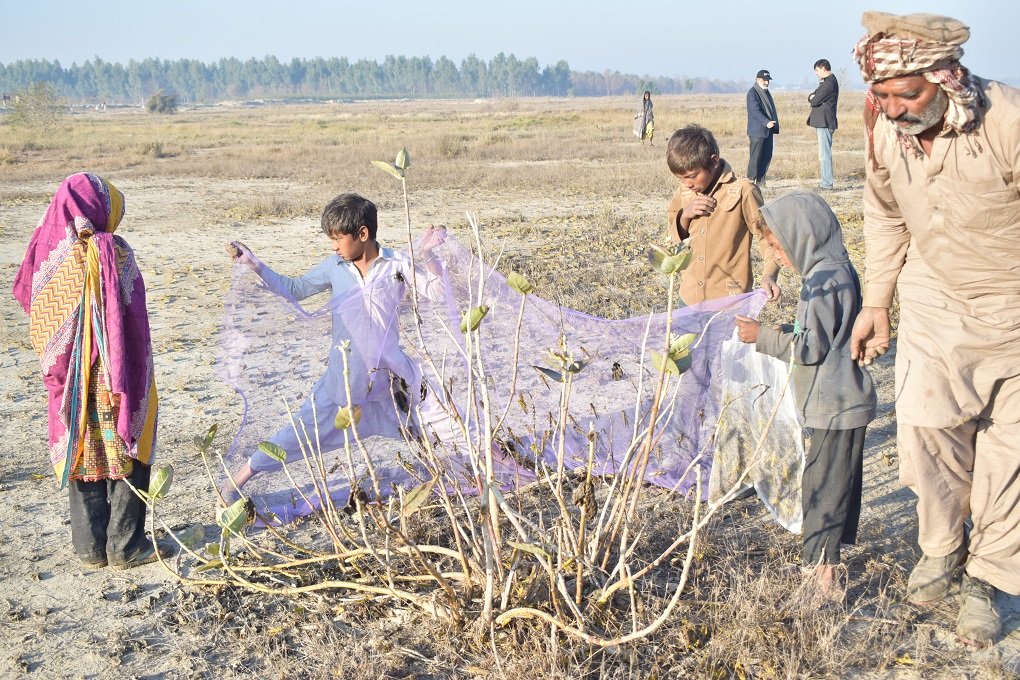 Pakistani scientists have successfully tried a simple solution to turn the pests into protein and income amid the worst swarms for decades. As the biggest locust swarms for more than 25 years threaten India and Pakistan’s breadbasket regions, a pilot project in Pakistan offers a way to cull the crop-destroying pests without using insecticides that harm people and the environment.
Huge swarms darkened the sky in Jaipur in recent days; one resident of Rajasthan’s biggest city said it was like being “overtaken by aliens,” the New York Times reported. However, the biggest threat is to farmers and poor rural communities already hit hard economically by Covid-19.
Pakistan’s eastern provinces were first overwhelmed in the winter. Fresh swarms are just beginning to take to the air and are expected to grow until mid-summer. Pakistan’s government approved a National Action Plan for locust control in February and airborne spraying of some 300,000 litres of insecticide is taking place.
Climate change has played a role in the locust plague. It started after exceptional cyclonic rainfall moistened the “Empty Quarter” deserts of Saudi Arabia in 2019. Biblical quantities of locusts hatched and have been breeding ever since. The swarms were swept eastwards through Iran to Pakistan by seasonal winds. After breeding in Pakistan’s eastern deserts, the locusts took to the air again in late winter. Now, another generation has hatched and crossed into India.
Imminent danger
“Towards the end of May and in June and July, high level migration is expected,” warns Tariq Khan, director of the Technical Department of Plant Protection in Pakistan’s Sindh province.
Farmer Ghulam Sarwar Panhwar saw millions of the pests devour his cotton and moringa crops in just a few hours. “This was their second attack this month. With locusts attacking our crops during the day, bats attacking our mango orchards at night and coronavirus attacking us in our homes day and night, where do we go?” asks Panhwar, who owns two farms totalling 300 acres in the Hyderabad district of Sindh.