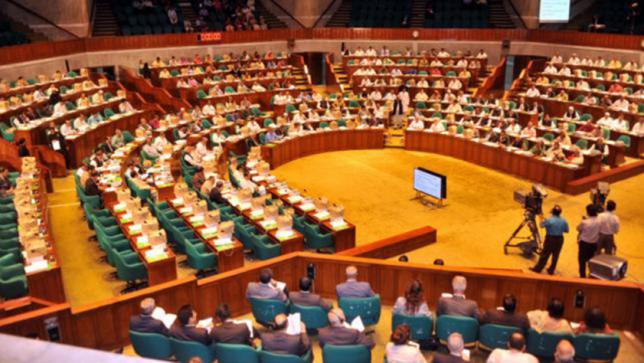 Dhaka, Mar 15 : The 12th session of the current Parliament will begin on April 1 next as President Abdul Hamid on Monday summoned the second session of 2021.The 11th Parliament will go into the session at 11am on April 01 (Thursday) after a 58-day recess of the last session prorogued on February 2 last.
President Abdul Hamid summoned the 12th session, exercising the power bestowed upon him as per Article 72 (1) of the Constitution, said a notification of the Parliament Secretariat.
According to the Constitution, a period exceeding 60 days shall not intervene between the end of one session and the first sitting of Parliament in the next session.
During the last session that lasted for 12 sittings, six bills were passed in the House, reports UNB..