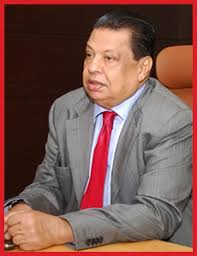 Dhaka, Dec 24 – Partex Group founder chairman and former Member of Parliament MA Hashem passed away at a city hospital early Thursday after contracting coronavirus. He was 77.

“He breathed his last at 1:20 am at the ICU of Evercare Hospital. He was admitted to the hospital on December 11 after he tested positive for Covid-19,” AGM of the company Nahid Yousuf told UNB.
The eminent industrialist was born in Begumganj of Noakhali district in 1943.
MA Hashem left behind wife Sultana Hashem, five sons – Aziz Al Kaiser Tito, Aziz Al Mahmud, Aziz Al Masud, Rubel Aziz and Showkat Aziz Russell and a host of relatives and well-wishers to mourn his death.
Hashem joined the BNP before the 2001 general elections and elected MP from Noakhali-2 constituency. – UNB