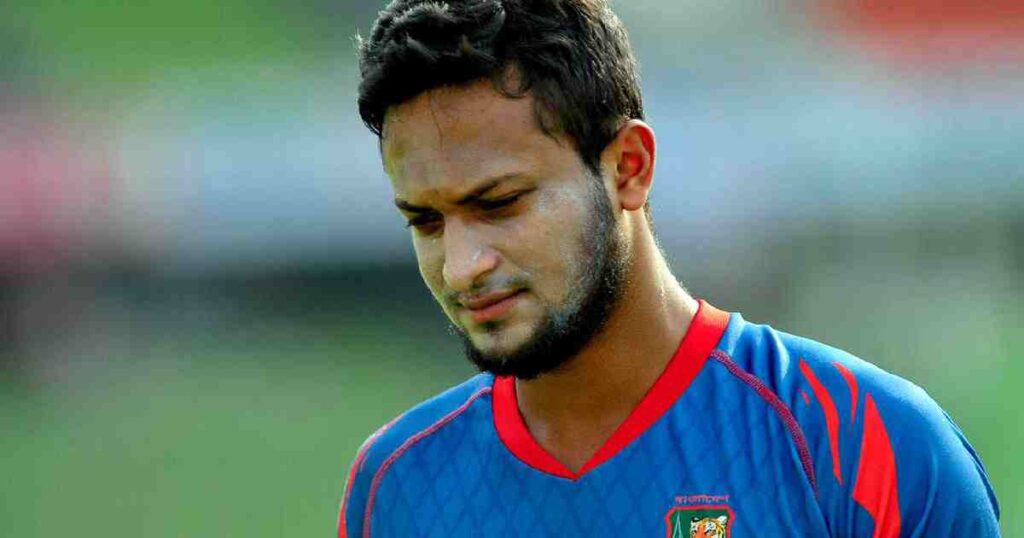 Bangladesh star all-rounder Shakib Al Hasan insisted that people will not see him making mistakes in the coming days. The all-rounder has been passing his time in the USA with his wife and two daughters. Shakib was handed a two-year-long ban last year by the ICC, with one year is suspended, due to failing to report to the responsible authorities several corrupt approaches made to him. The all-rounder is expected to back to action in October this year.
“People won’t see me making a lot of mistakes in the coming days. My life has changed a lot. Now I am a married man, and I have two children. My daughters have changed my life for good,” Shakib told during a videocast with ESPNcricinfo.
The all-rounder said he is not bothered with the way life has gone so far. He rather is focusing on making a good comeback so that people can forget what he had done in the past. The southpaw believes a good comeback can erase the mistakes.
“Nobody is 100% perfect. Whatever happened has happened. The important thing is to make a good comeback from those mistakes. You can help people advising them not to make those mistakes in their lives,” Shakib added.
Falling on the hot water making controversies is not a new thing for Shakib. He previously got involved in trouble with the president of the board, selectors and the media. The former Bangladesh captain reckons all of these happened because he was too young.
“I bound to make mistakes because I got the biggest responsibility in the very early time of my career. I was appointed as the captain of the Bangladesh national team when I was only 21. And at the same time, people were used to thinking a lot of things about me. Coming to this stage of my life, I realize that I made a lot of mistakes, and I was misunderstood as well,” Shakib added.
The all-rounder might make his return in October this year when Bangladesh might take on Sri Lanka in a three-match Test series which is a part of the ongoing World Test Championship. This series was originally scheduled in July-August, but due to the coronavirus situation, both Bangladesh and Sri Lanka boards are in talks to reschedule the series in October. They got this window after the ICC postponed this year’s T20 World Cup which was slated to be played in Australia. – UNB