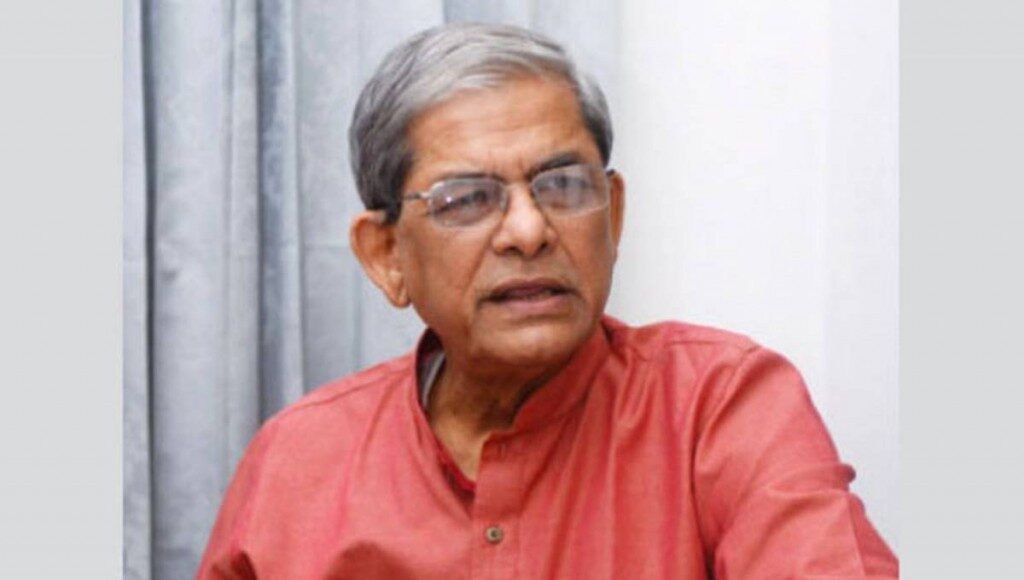 Dhaka, July 10 – BNP secretary general Mirza Fakhrul Islam Alamgir has alleged the government is pushing people towards death by not taking any effective step to prevent the coronavirus pandemic. Speaking at a virtual discussion arranged by Bangladesh Nationalist Research and Communication, he also alleged that Regent Hospital indulged in misdeeds in the name of coronavirus tests and treatment with government patronage.
“We’ve to now hear death news waking up in the morning and before going to bed at night. People may die in the pandemic, but it shouldn’t happen without any preventive measure. The government is pushing people towards death through its extreme indifference and negligence. It can never be accepted,” he said.
Fakhrul voiced wonder as to how Regent Hospital could give people false certificates without conducting Covid-19 tests. “I saw in a TV report that all our ministers have very close relations with the owner of the hospital and they all have worked and talked to him closely. It means they (Regent Hospital) did the misdeeds with the patronage of the government.”
He said people are going through serious sufferings amid the coronavirus due to the government’s incapability to deal with the situation.
About the move to amend the Political Party Registration Act, the BNP leader said the Election Commission has taken the step to help Awami League hang onto power and pave the way for it to repeatedly returning to power. “The Election Commission is doing everting and making all necessary laws to keep their masters in power.”
He alleged that the military-backed caretaker government formed after the 1/11 political changeover had initiated the move to keep Awami League in power through depoliticisation and the Election Commissions followed it during the national elections in 2008, 2014, and 2018.
Fakhrul urged people to get united to force the government to quit and reconstitute the Election Commission for ensuring fair and credible polls.
Speaking at the programme, Nagorik Oikya Convener Mahmudur Rahman Manna said over one crore people have become poor while 10-12 families are leaving Dhaka every day due to the adverse impact of the coronavirus. “But the government has no plan to protect these people’”
He said the government has announced different incentive packages in the name of helping people. “But the fact is that the government has no money in the exchequer. The Prime Minister herself has said that the money can be taken from the Foreign Exchange Reserve. Can you imagine the country is facing such a big crisis that the government wants to use money from the foreign exchange reserves?” – UNB