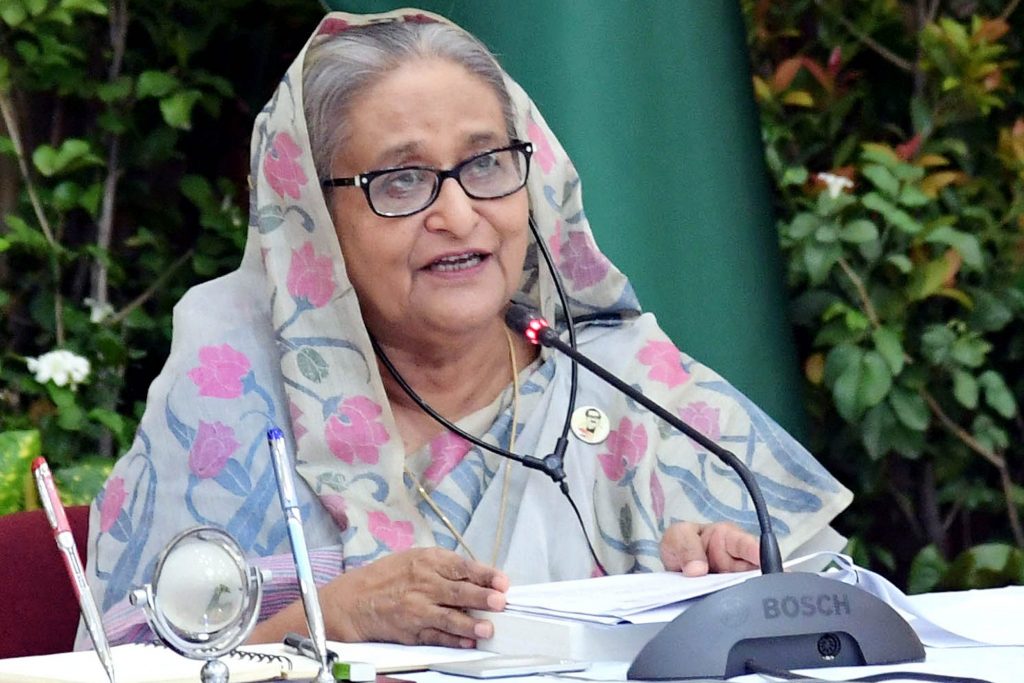 Dhaka, May 20 :  Prime Minister Sheikh Hasina on Thursday handed over Swadhinata Padak (Independence Award) to nine individuals and one institution for 2021 in recognition of their outstanding contributions to the country. The programme to distribute the highest civilian award was held at the Prime Minister’s official residence Ganobhaban.
AKM Bazlur Rahman, Shaheed Ahsanullah Master and Brig Gen (retd) Khurshid Uddin Ahmed and Akhtaruzzaman Chowdhury Babu were given the award posthumously in recognition of their contributions to Independence and the Liberation War. Their family members received the award from the Prime Minister.
Dr Mrinmoy Guha Neogi received the highest state award for his contributions to science and technology, Mohadev Saha for literature; Ataur Rahman and Gazi Mazharul Anwar for culture, and Dr M Amjad Hossain for social work.
Bangladesh Agricultural Research Council received the award in the research and training category.
Bangladesh has been recognising individuals and institutions with the award every year since 1977, reports UNB.