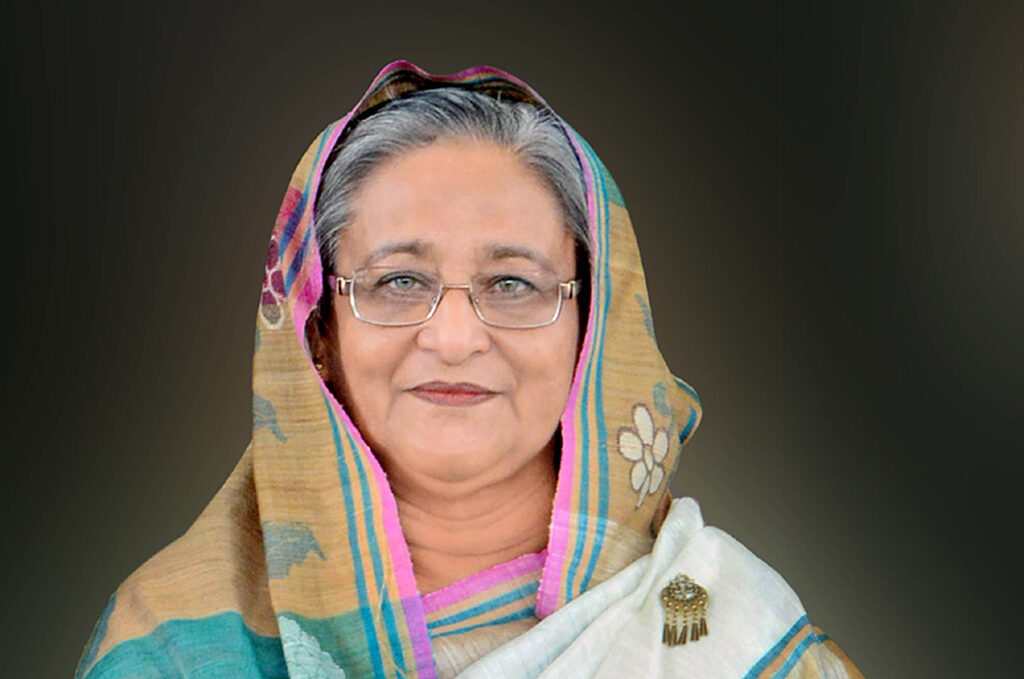 The prime minister made the remarks when outgoing Indian High Commissioner Riva Ganguly Das called on her at her official residence Ganobhaban.
After the meeting, PM’s Press Secretary Ihsanul Karim briefed reporters.
Sheikh Hasina also said that the neighbouring countries can use Chattogram, Sylhet and Syedpur airports for their convenience.
Ihsanul Karim said the prime minister and the high commissioner discussed bilateral issues.
The COVID-19 situation and the protracted Rohingya crisis also came up during the talks, he said.
Riva Ganguly said the two countries are working together to combat the virus.
She also appreciated the steps Bangladesh has taken under the leadership of Prime Minister Sheikh Hasina to contain the pandemic.
The high commissioner lauded Bangladesh’s economic development under the leadership of the prime minister amid the COVID-19 outbreak.
Sheikh Hasina said the people of all classes and professions are working together during this crisis.
She mentioned that large-scale programmes had been taken on the occasion of the ‘Mujib Borsho’. “But we couldn’t celebrate many programmes due to coronavirus outbreak,” she said.
She said alongside the government’s tree plantation campaign, her party has taken a programme to plant 10 million trees across the country during the Mujib Borsho.
The high commissioner handed over a letter from Indian Premier Narendra Modi in which he (Modi) greeted Sheikh Hasina on the occasion of her 74th birthday.
The high commissioner also wished the prime minister on the occasion of her birthday.
The prime minister thanked Modi and Riva Ganguly for greeting her, the press secretary said.
Sheikh Hasina recalled India’s contributions to Bangladesh’s Liberation War in 1971.
She said the people of India and its political parties extended overwhelming support to Bangladesh’s Liberation War and at the same way they supported the historic land boundary agreement with Bangladesh.
The Indian high commissioner informed the prime minister that the foreign ministers of the two countries are likely to hold talks virtually on Tuesday.
PM’s Principal Secretary Dr Ahmad Kaikaus and Indian Deputy High Commissioner in Dhaka Bishwadip Dey were present on the occasion. – UNB