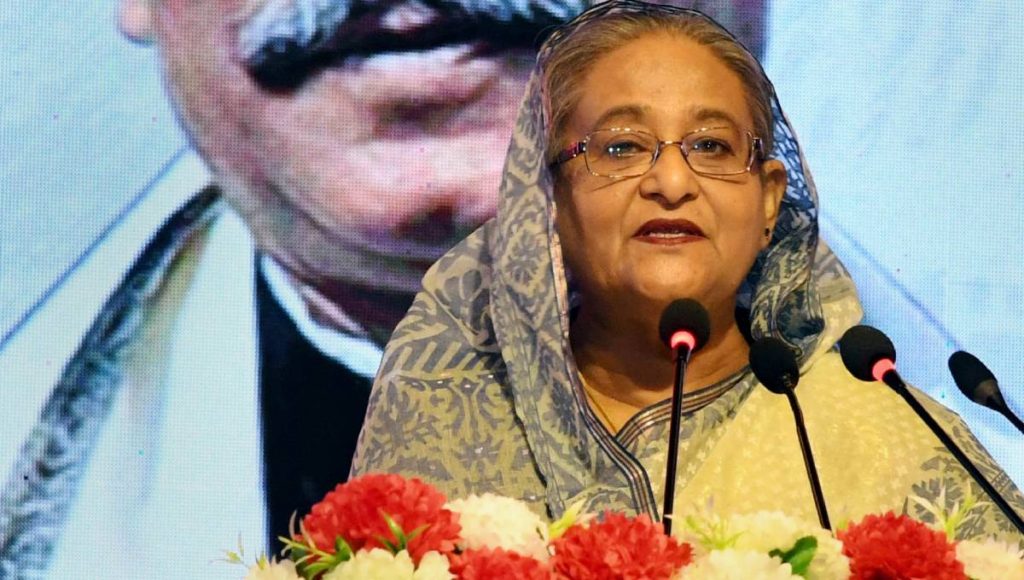 Dhaka, Feb 26 (UNB) – Prime Minister Sheikh Hasina on Tuesday said Bangladesh expatriates can come up with their investment in the country’s 100 economic zones alongside foreign investors.

“We’re setting up 100 economic zones. Not only the foreigners, but also our expatriates should invest there…we hope that as we’ve created scopes for the expatriates to make investment (in the country),” she said.

The Prime Minister said this while inaugurating the two-day Convention on Non-Resident Bangladeshi (NRB) Engineers at Pan Pacific Sonargaon Hotel in the city.

Noting that industrialisation and investment are badly needed for Bangladesh, Sheikh Hasina said the government has created many scopes for investment and it provides various facilities to foreign investors.

Hasina said the government wants to develop not only the cities or the capital but also every village across the country.

She urged the Bangladeshi expatriates to pay special attention to the development of their ancestral villages tracing their roots.

“Though you came here from abroad today, you have the roots in any village of Bangladesh. So, I request you to find your roots and think how you can develop your own area,” she said.

The Prime Minister said the 100 industrial zones are being set up to attract local and foreign investment so that the country’s production and investment go up on one hand and create jobs on the other.

Pointing at the NRBs, she said the country’s local market is gradually expanding. Besides, the government is improving the communications system with neighbouring countries to use their larger markets, she said.

Hasina stressed the need for diversifying export items reducing dependence on one product. “It’s true we’re the second largest garment exporter in the world. But we’ll have keep in mind that one country cannot depend on one export item. Our export will have to be diversified,” she said.

With this view in mind, the government started research works on jute so that jute items can be produced as it is an environment-friendly one. “We’ve this opportunity. We’ve to utilize this,” she said.

The Prime Minister said the expatriates always played a bold role in the international arena over every movement and struggles of Bangladesh, including the Liberation War and the Agartola false case filed after the declaration of the 1966 Six-Point movement.

Noting that Bangladesh is now self-sufficient in producing safe water fish, Hasina said the government has taken measures to unlock the huge potential of marine resources after having a vast sea area.

Talking about the country’s development, Hasina said Bangladesh is marching forward in every sector. So, Bangladesh is now recognized as the 41th largest economy in the world and one of the top five countries in terms of economic progress, she said.

Bangladesh has been able to increase the GDP growth to 7.86 percent, she said expressing the hope that it will reach the double digit in the nearest future.

The per capita income in the country has increased to $ 1,751, while the poverty rate reduced to 21 percent, Hasina said adding that the rate has actually declined further compared in the meantime, which will be visible in the next census report.

She said the social safety net programme and ‘my-house my-farm’ project are playing a big role in poverty alleviation.

Some 300 NRB engineers from 30 countries are participating in the two-day Convention, jointly arranged by Bridge to Bangladesh, Economic Relations Division and Access to Information (a2i).