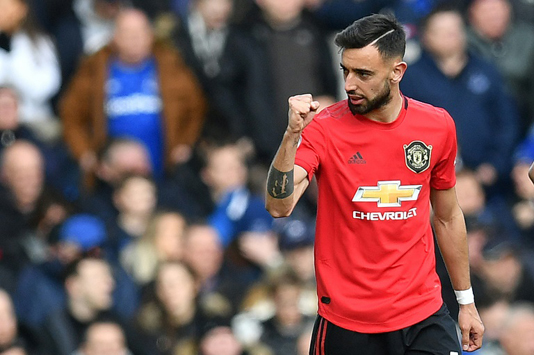 The landscape has changed since March — clubs have welcomed back injured players, others have had a chance to regroup and Liverpool have had to come to terms with a low-key title celebration.

AFP Sport looks at the winners and losers as teams emerge from the lockdown.

When we last saw Jose Mourinho, the Tottenham manager cut a despondent figure as he admitted he wished he could fast-forward to next season.

At the time, injury-hit Tottenham were on a six-match winless run that saw them knocked out of the Champions League and FA Cup, while falling seven points adrift of the top four.

However, no boss has benefited more from the three-month break than Mourinho and eighth-placed Tottenham will return rejuvenated after Harry Kane, Son Heung-min, Steven Bergwijn, Erik Lamela and Moussa Sissoko regained their fitness.

That should be the ideal boost for the race to qualify for the Champions League, especially with a crucial first game of the restart against top-four rivals Manchester United.

United, four points above Tottenham in fifth place, were frustrated when the season ground to a halt.

Inspired by influential January signing Bruno Fernandes, they were riding the momentum of an 11-game unbeaten run in all competitions dating back to January.

Crucially, the return of injured England forward Marcus Rashford and France midfielder Paul Pogba promises to add pep to their step at just the right time, with the Tottenham showdown followed by another vital fixture against seventh-placed Sheffield United.

With dire warnings over the long-term financial health of football ringing in their ears, clubs embroiled in the relegation dogfight have been focused on self-preservation.

Feuding over how to decide the season in the event it has to be abandoned, complaining about potentially playing at neutral venues and arguing that the season was restarting too soon have all been public relations own goals from clubs most in danger of going down.

Brighton will be under immense pressure to perform, having argued so vocally against neutral venues.

Without a win in 2020, they are just two points above the relegation zone and have games against Arsenal, Manchester United, Liverpool and Manchester City to come.

Watford, out of the bottom three by virtue of goal difference, were also vocal critics of the neutral venue proposal.

The Hornets would fall into the relegation zone if Aston Villa won their game in hand, but favourable home matches against Southampton, Norwich and Newcastle offer hope of beating the drop.

Second-bottom Villa, who have suffered four straight league defeats, have had a chance to regroup at a time when they were in danger of collapsing.

Third-bottom Bournemouth, winless in four matches, will also hope the break provides a springboard to survival.

Instead of jubilant supporters hailing their heroes for ending Liverpool’s 30-year wait to be crowned English champions, the Reds’ impending title triumph in an empty stadium is likely to feel anti-climactic.

Jurgen Klopp’s side are 25 points clear at the top and need a maximum of two wins from their remaining nine games to seal a 19th English title in emphatic fashion.

The trophy could be theirs as soon as June 21 if second-placed Manchester City lose to Arsenal and Liverpool beat Merseyside rivals Everton.

But with the rest of the season to be played behind closed doors, the mood around the club has gone slightly flat.

The prospect of Liverpool having to delay their parade through the city with the trophy until next year due to social-distancing rules is another blow.

No wonder former Arsenal striker Alan Smith, who famously won the title at Anfield with the Gunners on the last day of the 1988/89 season, said: “If Liverpool do eventually get crowned, it’s going to prove a massive anti-climax.

“I can’t help but feel sorry for Sadio Mane, Mo Salah, Virgil van Dijk and all who deserve every plaudit going for a magnificent effort.”BSS/AFP