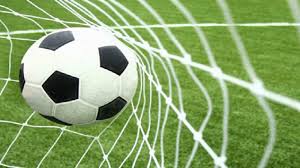 DHAKA  – After the just concluded FIFA International friendly series against Nepal, confident Bangladesh national football team leave for Doha, Qatar tomorrow (Thursday) morning to play their away match of FIFA World Cup 2022 Qatar Qualifiers round-2 against mighty Qatar with an aim to give best efforts in order to do good result.

Before the team’s departure for Qatar, national team’s coach Stuart Paul Wattkiss and goal keeper Ashraful Islam Rana expressed their optimism to do well against the Asian Champions. The Jamal Bhuyan and Co. will also play two practice matches against the two local selection clubs there before the big match against Qatar.

“The Qatar match is important and it will be an away match for us … they are the Asian Champions who will try to dominate over us … our coach is working the lacks which we have … we are also taking mental preparation to play good football against Qatar,” said national football team’s goalkeeper Ashraful Islam Rana in a virtual press conference held today.

Head coach Jamie Day is tested for COVID-19 and he will not be accompany with the team tomorrow so when asked how much you will fell Jamie, Rana said look we have been working with Jamie along with our staffs for a long time as Jamie is tested COVID-19 positive so we missed him in the last match against Nepal…. we had a constant communication with him and he gave all his suggestions to us through Whatsapp for the last match …. we definitely look at him and pray for him so that his result may come negative soon and he would able to join with us in Qatar. If it happens, it will be better for our team.

Rana said they are thrilled because they are going to play against Qatar, the team, which will directly play the World Cup.

Replying to a question Rana said: “Qatar must try to dominate us in their home soil, but we’ll also try to give our best effort …. India played a draw with Qatar, our players also have such commitment that why cannot we do that same thing … we’ll give our best effort … try to play good football and try to do a good result there.”

Asked about the present fitness level of the team before the Qatar tour, Rana said they have got only three weeks to prepare for the Nepal series. Though it was not enough time to take preparation for any international series, the coach would off course try to work on the lacks which the players have before the Qatar match.

“We still have two weeks before the Qatar match and during this time work will be done on players’ physical fitness, technical and tactical sides … There will also be two practice matches against the local clubs. Definitely there is still a chance to do well and the players are ready to do it,” Rana added.

Team’s coach Stuart Paul Wattkiss said everybody knows the importance of the game … we have two weeks’ time … they (Qatar) are the Asian Champions so massive respect to them in terms of football ability … Now we will be playing against the very strong team which is a massive challenge … we’ll go tomorrow we have two weeks to prepare … We have two practice matches. It will be very, very important for the preparation for the game and the players’ fitness … it will be the toughest game for the team.BSS