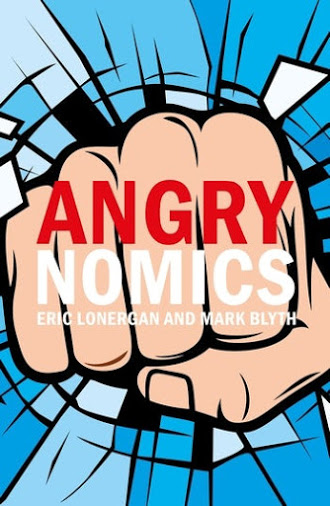 Sudhirendar Sharma
Whether public anger as righteous indignation gets addressed by timely policies or continues to get weaponized by populist politics as tribal energy will determine the future course of the society.
In this world that is fast turning emotionless and timeless, a serious disconnect between what is assumed to be going around us and what is actually happening within us is intensifying the pressures on life. Anger is the undesired outcome, both at a personal as well as at the level of public. While personal and public anger manifests itself differently in the social and political spheres, there are compelling reasons for this powerful human emotion to pepper our lives without disdain. A hedge-fund manager and an economics professor engage in a series of Socratic dialogues to unravel why the vast majority is feeling increasingly uncertain, consistently unhappy and inadvertently angry despite an upward swing on the economic ladder of unstinting capitalist growth. That we all live in an angry world is just one part of the gravest reality, the crucial other is to take a deep dive to rid ourselves of this expanding anomaly.

Angrynomics is an emerging social phenomenon borne out of an economy of heightened uncertainty and powerlessness, as faith in the workings of both politics and markets has been undermined. Brewing anger in society is as much private as public, varying in intensity and manifestation. Whilst private anger needs counselling to calm personal anxiety and stress, public anger becomes fodder for manipulation for political ends by populist politicians. In their free-wheeling conversation, Eric Lonergan raises his concern on the political motivation of capitalizing public anger as neo-nationalism to deflect attention from failings by the leadership.‘Nationalism is a political technology that is used instrumentally by societal elites to secure their privileges’. Whether it is Trump in America, Modi in India, or Johnson in the UK.
The dialogical approach in the book acts as a primer on why the world is the way it is today, and what can be done to make it different. Perhaps the common mistake we all make is to think that democracy is a majority rule. Conversely, majoritarian electoral systems are actually ruled by a minority which not only hijacks genuine political debate but deflects the majority from the issues that really matter – rising unemployment, shrinking wages, increasing inequality, and economic stagnation. Spread over five chapters, the conversations suggest the need for veering away from politically motivated tribal instincts that obscure our judgement on being manipulated by media and politicians who are motivated by vested interests.
Lonergan and Blyth are convinced that at the core of the crises is the system of capitalism that is akin to a repeatedly crashing computer, in need of urgent rebooting. Wage stagnation, asset bubbles, excessive bank leverage, and rising inequality have already bugged the system. However, the trouble is that the political elites don’t see anything wrong with the system as they conveniently ride the populist bandwagon of nationalism. Can public anger be channelized to bring back deliberative democracy to accept new economic policy ideas? Need it be said that the quality of an idea and the chances of it being adopted by politicians are two different things.
However, in the interest of making our economics sustainable and our politics functional, the co-discussants take the risk of presenting their list of policy proposals. Tougher bank regulation, dual interest rates, and a national wealth fund (for writing everybody a cheque) are proposals for wider consideration. These are ambitious proposals to end recessions by sharing our collective capital in building household incomes, however, the chances of their adoption rest on restoring institutions of civil society that give anger a legitimacy towards collective purpose. ‘Anger can be a positive motivating political and social force’.
More than the economic proposals, Angrynomics provides a good lens to understand the current political events in a broader context. The consequences of not resetting the system have produced a deep bout of anger, which populist politics has temporarily neutralized by polarization. By failing to make fundamental changes to a political system that has become a stress generator, private and public anger has been allowed to gain momentum. Lonergan and Blyth contend that unless diffused in right earnest, anger will continue to bubble up ominously. Whether public anger as righteous indignation gets addressed by timely policies or continues to get weaponized by populist politics as tribal energy will determine the future course of the society.
In Ellen Hopkins’ words ‘Anger is a valid emotion. It is only bad when it takes control and makes you do things you don’t want to do.’ The co-discussants argue that only through the lens of moral legitimacy can anger be seen as positive energy towards collective response for a shared future. It is a valid proposition. Angrynomics is a timely call for course correction to address the underlying fissures and frailties in our societies. With the global pandemic having ripped the world apart, nothing could be more compelling than addressing the micro stressors on top of emerging macro challenges.
Angrynomics
by Eric Lonergan & Mark Blyth
Agenda Publishing, UK
Extent: 194, Price: Rs. 1,691.
(Sudhirendar Sharma is a writer on development issues based in New Delhi, India)
First published in Outlook magazine on May 2, 2021.