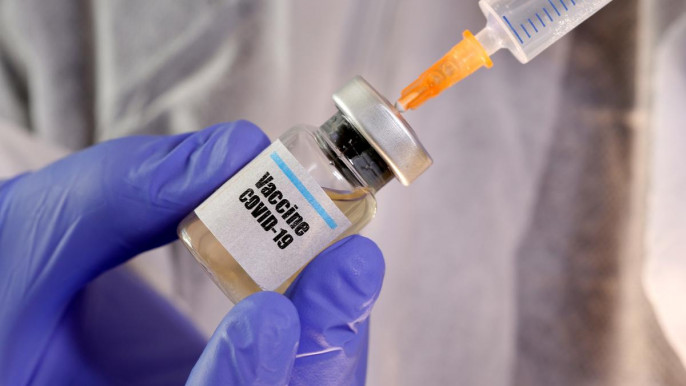 Dhaka, July 14: Experts and drug regulators Tuesday said they await subsequent trial results of Globe Biotech Ltd’s prospective COVID-19 vaccine as the company said the preliminary animal trial of their inoculate yielded encouraging outcome.“We await the subsequent trials, if they succeed, it will be a landmark event for Bangladesh,” Head of National Advisory Technical Committee on COVID-19 Professor Dr Mohammad Shahidullah told BSS.
He said the prospective vaccine could protect millions of Bangladeshis from the deadly virus but preferred to be cautious about the venture saying “it’s a huge task”.
Shahidullah’s comments came the company said they made important headway carrying out initial trial of the shot on five rabbits with encouraging results.
“We found that antibodies were developed in those rabbits and we are analyzing the blood samples would these anybodies will neutralize their antigens,” Globe Biotech spokesman Dr Asif Mahmud told BSS.
The company earlier this month claimed to have emerged as a potential COVID-19 vaccine maker amid races of multinational drug companies to develop inoculates against the virus.
But few giant companies’ apparent headway simultaneously sparked speculations about early availability of an effective vaccine or vaccines in poorer countries because of the vaccine forerunners corporate commitment to the advanced world.
Globe Biotech said if things continued to be on right direction they expect to come up with an effective vaccine by the end of 2020, accomplishing the subsequent three-phased human trials.
Mahmud, who is the company’s research wing in charge as well, said Globe Biotech embarked upon the ambitious project as the first Bangladeshi company soon after the first three cases of COVID-19 infection was reported in the country on March 8.
According to reports by medical research watchdogs over 100 companies and intuitions throughout the globe are now spearheading hectic campaigns with an identical target producing so far 140 experimental vaccines.
Of them, 11 companies are in phase-1 stage of human trial, eight are in phases-2 and three in phase-3 while reports suggest a Chinese company so far received the country’s regulators approval to apply their shot to patients under certain conditions.
Mahmud said after the successful preliminary trial on five rabbits, they would go for regulated animal model trail on mice and more rabbits ahead of proceeding to the human trials.
“We will perform a regulated animal trial on mouse alongside rabbits to measure authenticity of antibody and we need six to eight weeks times for completing this trial,” he said.
Mahmud said while the vaccine studies generally seek to develop antibodies among COVID-19 infected people neutralizing the coronavirus virus antigens “we are confident enough, we have been able to develop antibody in preliminary trial of animal model”.
But Shahidullah said the Globe Biotech Limited must follow proper research protocol while “human trail is a very crucial stage for developing any vaccine”.
He said the vaccine development usually take a long time, in cases years together, though the world now witnesses a desperate move for rapid development of an effective inoculate in view of the global pandemic with devastating impacts on life and livelihood.
Globe Biotech chairman Md Harunur Rashid said their company was equipped with “advanced technologies and experienced scientists” and “we expect to develop COVID-19 vaccine at the end of December this year completing all necessary research protocols”.
Wealthy countries are placing orders for prospective inoculates even before the vaccines regulatory approvals, leaving questions when the life saving shots will be available to developing nations despite calls for prioritising global public health interests over nationalism and corporate profits.
China eearlier promised to make universal its prospective vaccines while Chinese officials said Bangladesh would on Beijing’s priority list in providing inoculates as several of its public and private companies reportedly neared the final stage of their research.
But it appeared uncertain how quickly other countries would have access to Chinese vaccines while China’s own population currently stands at nearly 1.4 billion.
The Globe Biotech chairman said if Bangladesh opted to wait for vaccines produced in other countries it could take five years to import millions of doses to bring “all our population” under vaccine coverage.
“So, we need locally made vaccines to immunize all the people within shortest possible time,” Rashid said.
IEDCR Advisor Mustaq Hossain called “encouraging for Bangladesh” the company’s preliminary trail but pointed out that forerunning multinational drug makers and research organizations by now completed both animal and human trail successfully.
“But none of them achieved 100 percent success yet,” he said referring to the ventures of Oxford University, Imperial College London, US drug maker Moderna, China’s Sinovac Biotech and Bharat Biotech of India.
Directorate General of Health Services (DGHS) officials said they welcomed the Globe Biotech’s efforts and acknowledged the company’s claim of preliminarily success in animal trial.
“(But) they (Globe Biotech Limited) will have to submit their research data to the relevant organizations of the health ministry as soon as possible to get approval of human trail,” DGHS assistant director Dr. Ayesha Akther said.
The Globe Biotech sources said a 12-member scientific group started the research led by its CEO Kakon Nag and COO Naznin Sultana.