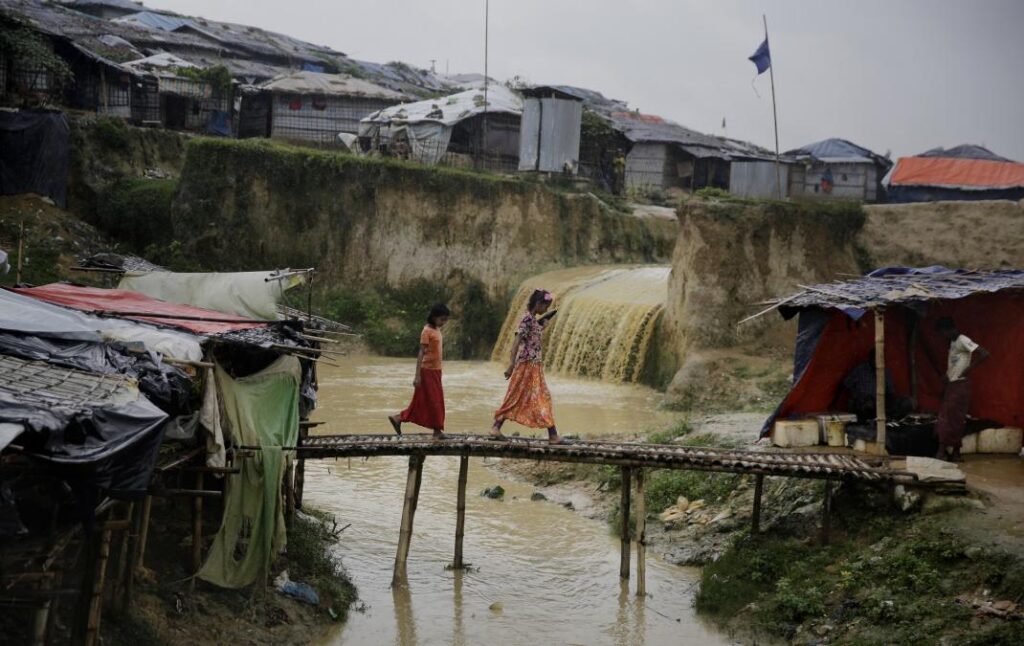 Myanmar Delegation Fails to Make Convincing Case for Safe Return
Meenakshi Ganguly
Myanmar officials arrived at the sprawling refugee settlement in Cox’s Bazar, Bangladesh this week to discuss the repatriation of the Rohingya population.Armed with “fact” sheets, colorful brochures, and PowerPoint presentations, officials whose government committed a campaign of ethnic cleansing that forced hundreds of thousands of Rohingya to flee to Bangladesh two years ago were now trying to persuade them it was safe to return home.
They were not convincing. “They didn’t even use the term ‘Rohingya,’” one refugee noted, alluding to the government’s longstanding unwillingness to recognize the ethnic group.
The 10-member delegation, led by the permanent secretary of the Myanmar Foreign Ministry, Myint Thu, explained categories of citizenship and promoted the government’s National Verification Card (NVC) process. Many Rohingya despise this deeply flawed process, which they view as a perpetuation of the discriminatory 1982 Citizenship Law, which has effectively left them stateless in their own country. The newly digitized NVC process would require Rohingya to reapply for their citizenship using their biometric data, which may further encourage discrimination. Myint Thu told them this was a first step towards achieving “naturalized citizenship.” The problem is that many Rohingya already consider themselves Myanmar citizens.
“We showed them documents that prove that our ancestors were Burmese,” said Dil Mohammad, one of Rohingya participants. “Why do we need to go through that NVC process again which will identify us simply as a foreigner?”
Given the horror of the atrocities they survived, the refugees understandably first want Myanmar authorities to assure them that they and their families will be safe if they return home, before they discuss terms of their repatriation.
Instead of this bizarre charm offensive, Myanmar should be dismantling the systematic and institutionalized discrimination against the Rohingya that has caused mass flight to Bangladesh and elsewhere for years. A good place to start is by amending the country’s problematic citizenship law.
Donors and concerned governments should also call on Myanmar to do everything necessary to permit the safe, dignified, and voluntary return of Rohingya refugees. But more than that, the government needs to ensure that the Rohingya return to a better place – one where they can become citizens, have freedom of movement, access services, and rebuild their livelihoods. To do this the authorities also need to take steps to ensure justice and redress. – Human Rights Watch