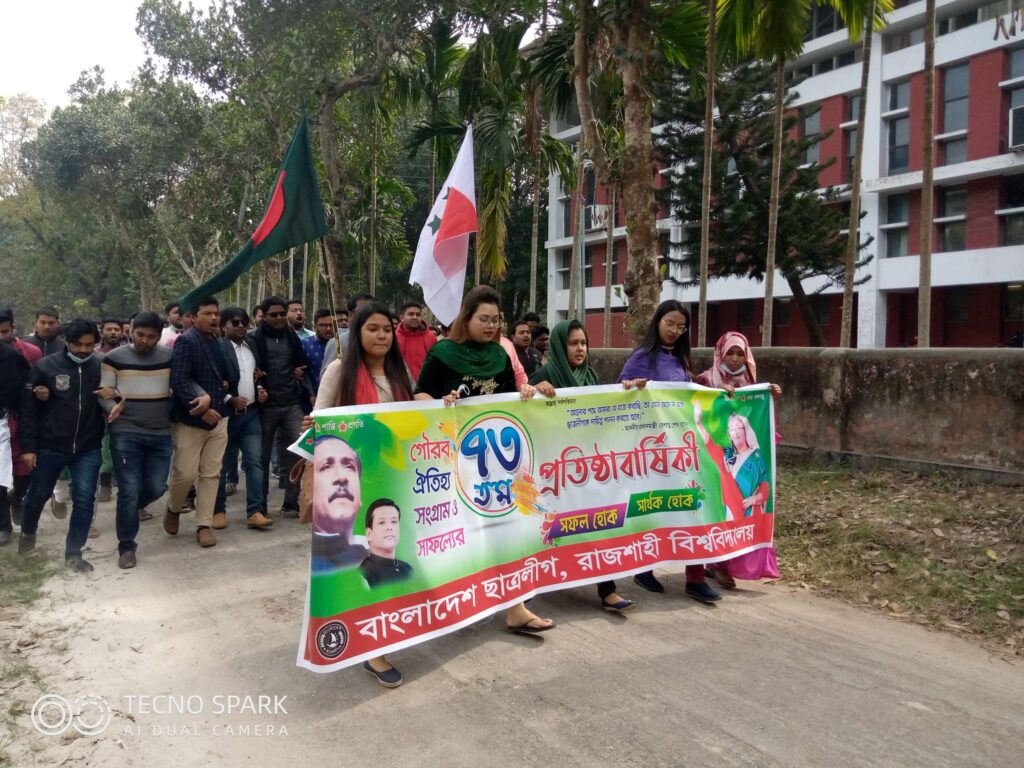 They brought out a procession from behind of the central library that paraded the campus and ended in front of Bangabandhu Sheikh Mujibur Rahman Hall. Then they paid homage to the portrait of Bangabandhu.
RU BCL president Golam Kibriya, general secretary Faisal Ahmed Runu, vice president Kazi Linchon, among around 100 activists, were present on the occasion. – RU Correspondent