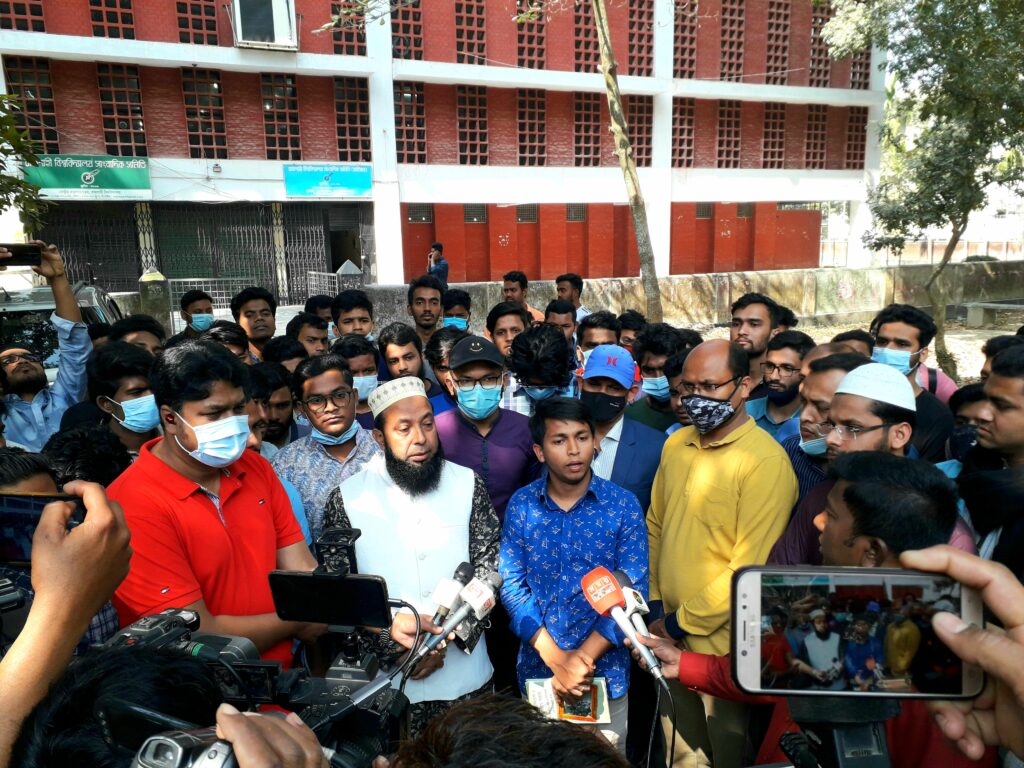 Rajshahi, Feb 22 – Rajshahi University students postponed their continuous movement for reopening all the dormitories of the university until February 24 as the authority assured them to reopen the hall as early as they can. Economics Department student Khairul Islam Dukhu confirmed this to the journalists from a demonstration behind the central library.
The students also threatened to enter the residential halls on March 01 if the authorities do not open them within February.
RU proctor professor Lutfor Rahman said in the demonstration, Students’ demands are very logical. I will talk to the higher authorities about opening the residential halls as early as possible. We will try our best to fulfil our students’ demands.
Khairul Islam Dukhu said, we have been staying outside the campus for a long time. Our financial condition is also not good that’s why it’s been complicated to stay in rented hostels. We also want to join our academic classes.
The University Grants Commission UGC will have a meeting on Tuesday with the vice-chancellors of the universities. If any logical decision doesn’t come from the meeting then we will wait for the next meeting to be held on February 24 of our university teachers. If still any logical decision doesn’t come from that meeting then we will declare our next demonstration on February 25, he said. – RU Correspondent