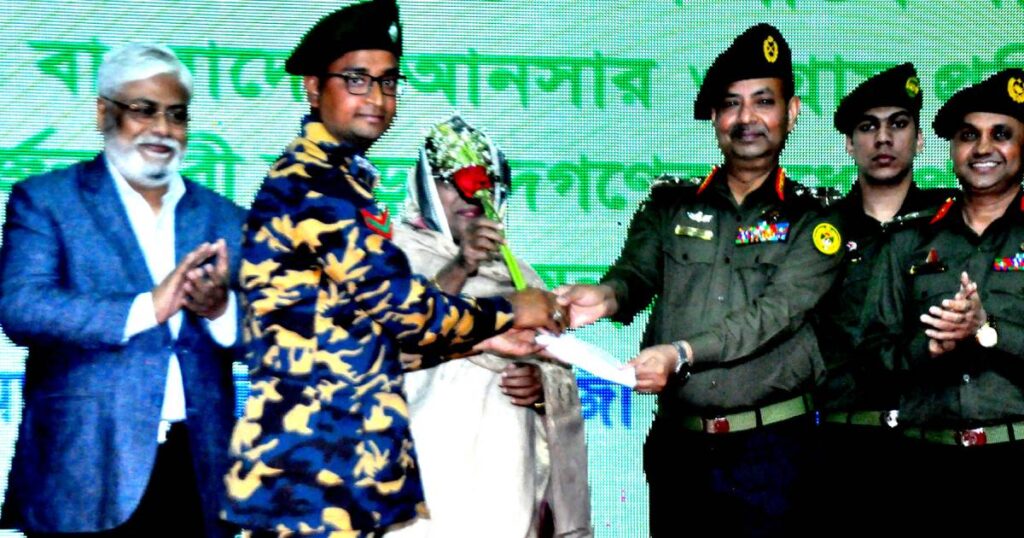 Dhaka – Bangladesh’s celebrated archer Ruman Shana has been promoted to the post of Lance Naik of Bangladesh Ansar & VDP.

“We recognise our athletes every year. We have promoted Ruman Shana to Lance Naik recognising his achievements in SA Games and other international events. Hopefully, he will continue his performance in the upcoming Bangabandhu Games and will bring glory for Ansar & VDP,” said Major General Kazi Sharif Kaikobad.

After getting promoted, Shana said, “I belong to a middle class family. The promotion will increase my salary and allowances. It will be helpful for my mother and family.”

The 24-year-old archer from Khulna, has created history in the country’s sports arena by securing a spot in the Tokyo Olympics 2020 from the World Archery Championship in the Netherlands on June last year. With the feat, Shana became the second Bangladeshi athlete to qualify in the Olympics on merit after golfer Siddikur Rahman, who took part in the Rio Olympics in 2016.

The feat boosted his morale and the Khulna boy made a new history in the 13th South Asian Games in Nepal on December. Shana secured total of three gold medals — two in teams events and one in singles events – along with his two other teammates Eti Khatun and Md Sohel Rana.

The trio became the best Bangladeshi athletes in the regional games after swimmer Mosharraf Hossain Khan, who secured a record five gold medals for Bangladesh in a single edition — three in individual events and two in relay–in the 2nd SAF Games (presently SA Games) in Dhaka in 1985.

Apart from these, Shana bagged one gold medal in a national-level archery competition this year. He bagged gold in recurve men singles of Modhumoti Bank Bangladesh Cup Archery (Stage-3) in Tongi on Sepetmber.UNB