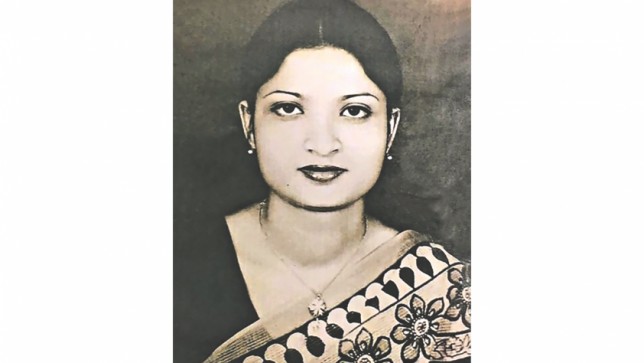 A court here on Monday took the charges into congnisance against four accused over the murder of housewife Sagira Morshed Salam who was killed 30 years ago in front of Viqarunnisa Noon School and College in the city. Dhaka Metropolitan Sessions Judge KM Imrul Kayes took the charges into cognisance and fixed March 15 for charge framing.
Advocate Jotirmoy Barua stood for the plaintiff, Advocate Mosharaf Hossain for the accused while Additional Public Prosecutor Tapos Kumar Pal represented the state.
Earlier on January 16, PBI Inspector M RafiqulIslam, also investigation officer of the case, submitted the charge-sheet in the case.
The charge-sheeted accused are victim’s bother-in-law (husband’s elder brother) Dr Hasan Ali Chowdhury, 70, his wife Sayedatul Mahmuda Shaheen, 64, Shaheen’s brother Anas Mahmud Rezwan ,59, and hired killer Maruf Reza, 59.
The arrestees also filed separate petitions to withdraw their confessional statement that they had given earlier before a court over their involvement in the killing, said Jotirmoy Barua.
Sagira was shot to death in broad daylight on July 25, 1989 in the capital’s Bailey Road area when she was going to Vikarunnesa School by a rickshaw to fetch her daughter.
Sagira’s husband Abdus Salam Chowdhury filed a murder case against some unknown people with Ramna Police Stati on the same day. But the trial proceedings of the case remained stayed for 28 years following a High Court order.
Finally, the PBI got the task to investigate the murder on July 17 last as an HC bench ordered further investigation vacating the stay order, reports UNB.